Alongside The G.I. Journal of Sergeant Giles, the Norman Ball Photographic Collection (BCA 0212 HC 37) offers a unique glimpse of the war from an American soldier’s point of view. The collection begins with a few artifacts of army life at the time: ration cards, R & R passes, and Army records, and is followed by an extensive collection of wartime photographs. Ball’s portfolio is exhaustive and is particularly striking for its series of portraits of his friends and colleagues: airmen at ease. 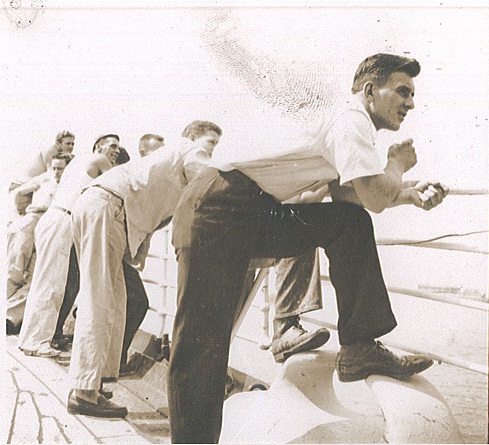 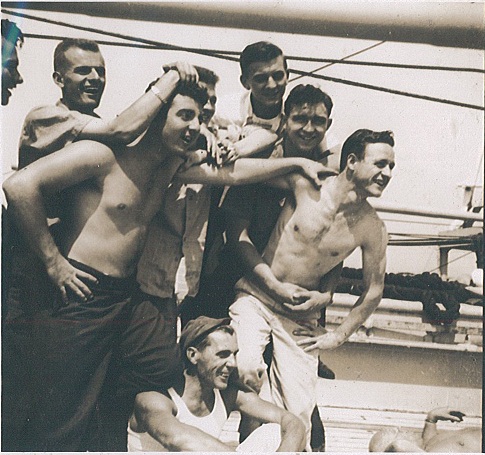 He also documents the ravaged European landscape: there are many images of ruins, aerial shots of planes that appear to be dropping bombs, and pictures of makeshift burial grounds—fields bearing the temporary grave markers (irregularly sized wooden planks) with dog tags nailed to their centers. 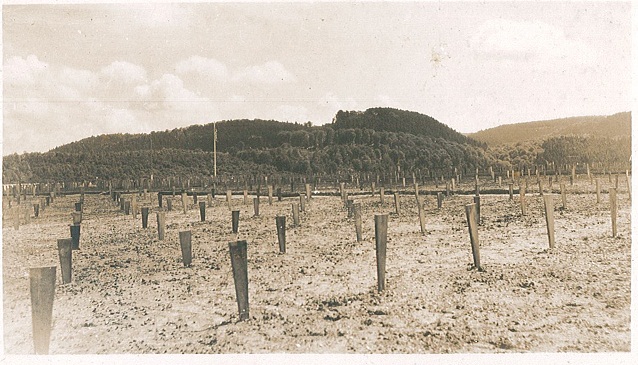 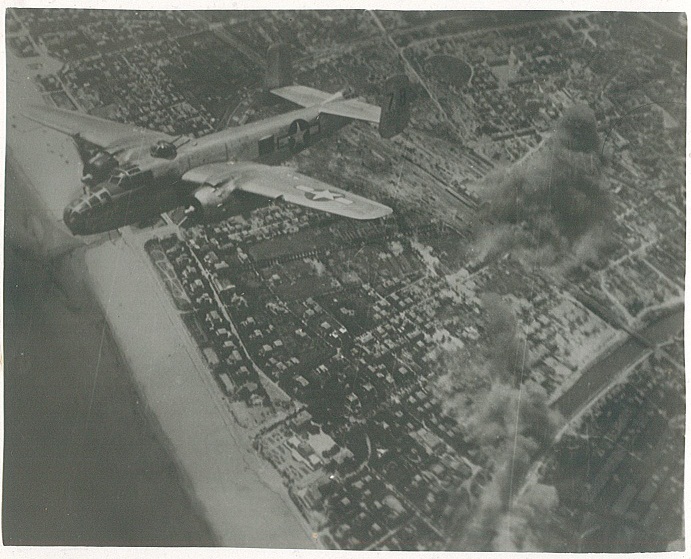 The imagery of the Ball collection is both detailed and profound; documenting both the atrocities of war as well as the more mundane, even relaxed, moments of a soldier’s life off the battlefield. Many of the photographs will be used to inspire Patrick’s letters to Eve in Chapter Three, especially as he attempts to draw Eve a portrait of the war-­‐torn landscape and the personalities of his fellow soldiers. The images evoked by his letters, in conjunction with her interest in medicine and Patrick’s death in combat, compel Eve to join the Army Corps of Nurses in the book’s conclusion.