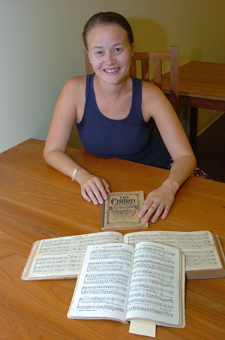 Project: Meredith Doster is a doctoral student in the Graduate Divison of Religion and Assistant Managing Editor, Southern Spaces, Emory Center for Digital Scholarship at Emory University in Atlanta, Georgia. Meredith has a master's degree in Appalachian studies from Appalachian State University, and her Berea Fellowship study was a furtherance of her master's thesis on the study of music in two Independent Baptist Churches in Watauga County, North Carolina. Meredith focused particularly on the conflicts between the four- and seven-shape note traditions of the 19th century as one example of the tension created when traditions and their rituals change. Her study also analyzed the deep-seated ties between land, culture and religion in small, rural communities and the collective impact of those Appalachian qualities on worship practices. Meredith's Fellowship Activity Report includes full color images and a vivid description of the singing traditions and churches explored in her research. 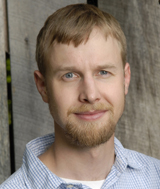 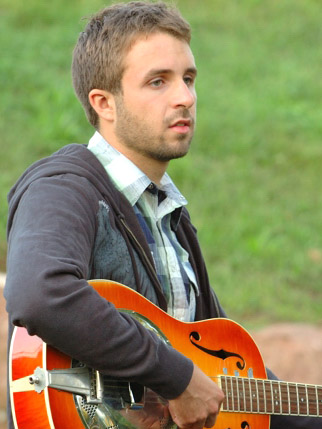 Project: Peter Winne is a musician and performer living in Charlottesville, Virginia. He began playing old-time bluegrass and country blues during college and spent two years playing with the Vermont-based string band, the Powder Kegs. He performs with various groups in the Charlottesville area has been involved in the business side of traditional music, handling radio promotions for Rebel and County Records.

His Berea Fellowship work is focusing on Appalachian sacred music including old Regular Baptist, amateur gospel groups, and African American shape note singing traditions. He is using the archive's audio recordings primarily for learning repertoire and singing styles, part of which includes transcribing vocal parts from eight to twelve recordings. Research outcomes will be largely in the form of musical performance, initially with students and others in Berea and Charlottesville, and eventually, a full length CD .