“Much water has gone under the bridge since 1968, when I happened to go down into Ozark, Alabama to see if the Black Sacred Harp singing which I had read about was still there.  And I found that it was, and going strong.”
(William H. Tallmadge, Rural Hymnody Symposium, April 1979. AC-OR-066-003)

When Bill Tallmadge and Milton Rogovin journeyed from Buffalo, NY to rural southeast Alabama in the early summer of 1968, they tapped into an African-American religious and musical tradition that dated back to the late-19th century. Tallmadge was beginning his research into the lined hymn tradition of the Old Regular Baptists, but made this trip inspired by the writings of Fisk University professor John W. Work III.

Work's 1941 Musical Quarterly article, "Plantation Meistersinger," detailed his 1938 encounter with “the spirited singing of a folk-chorus… developed to such a degree that… successful participation implies a complex reading skill which is acquired only after painstaking effort.” (Work, p.97) Tallmadge encountered the same sophisticated culture, and documented it on twenty-four 5-inch audiotape recordings of interviews, home singing, church services, memorial sings, and radio & television programs.

A small book of songs published in 1934, the existence of The Colored Sacred Harp is a further example of the strength and place of shape-note singing among the African-American population of southeast Alabama in the 1930’s. While Judge Jackson is given credit for its authorship, The Colored Sacred Harp is best described as a community effort. Various members of the Ozark, Alabama African-American community, including Jackson, had been composing shape-note songs since the 1920s. The official compilation process began in 1932, with Jackson and Rev. Haley Webster Woods acting as musical proofreaders. Financial backing came from local sources, including over $1000 from local white banker and politician Bascom F. Faust. (Dyen, pp. 132-135)

While using the Cooper Sacred Harp as a model, The Colored Sacred Harp consists of little direct paraphrasing of songs. Some texts are shared, but with different musical settings. Tune titles are shared, but otherwise the songs are not related. Rather than a direct imitation of the Cooper book, The Colored Sacred Harp is “a more subtle sort of interrelationship at various points and on various levels.” (Dyen, p. 136) Unfortunately, due to a number of financial and personal issues, the book did not sell well within the community and was not as well accepted as the Cooper book. Many copies of the original 1000 printed remained unsold when Judge Jackson died in 1958. (Dyen, pp. 147-149)

The Colored Sacred Harp was reprinted in 1983 and 1992 by the Alabama State Council on the Arts and Humanities and the National Endowment for the Arts, wilth the assistance of the Alabama Folklife Association.

In 1902 W. M. Cooper of Dothan, Alabama published his Sacred Harp revision based on B.F. White’s final 1869 edition. This new version, often referred to as simply the “Cooper Book,” reflected the content and style of four-shape-note singing preferred in southeast Alabama. Among the changes from the nineteenth-century Sacred Harp in the “Cooper Book” were the additions of newly composed songs by local composers, song titles that reflect the song text rather than tune name, elimination of extra verses in songs, and added alto parts. Most four-shape-note music had three parts: treble (high harmony), tenor (middle melody), and bass (low harmony). In the Cooper, and later revisions, the melody remained in the tenor, but an alto harmony was added to most three-part songs. To accommodate the alto part in the "Cooper Book", most songs were transposed or lowered in pitch or key from the original by up to a minor 3rd. Changing keys was also aided by the fact that "Cooper Book" singers maintained the practice of singing unaccompanied, relying on a group member to set the pitch for each song. (Dyen, pp. 189-194) 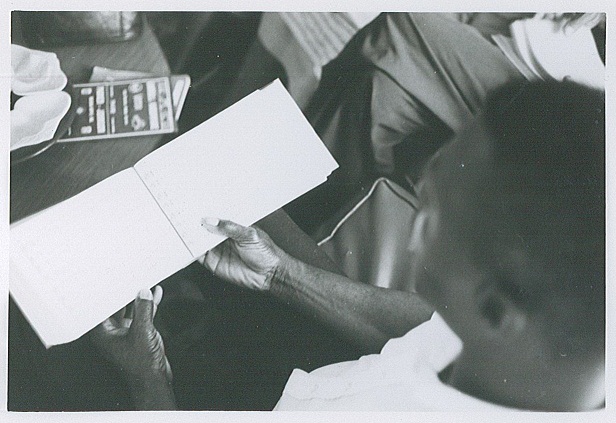 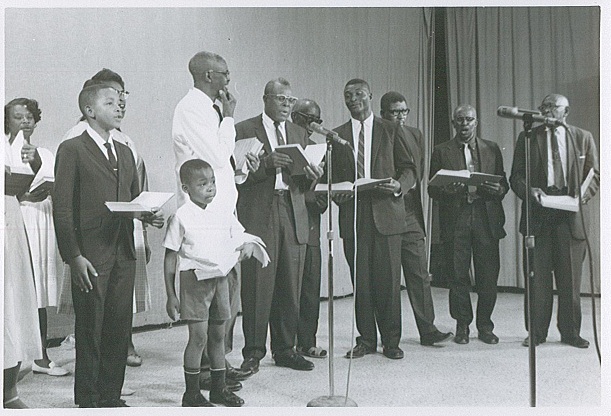 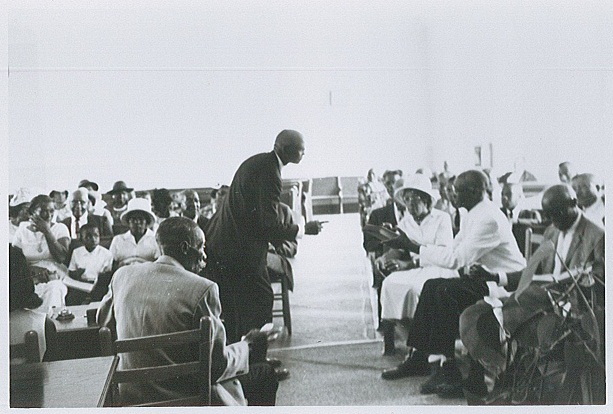