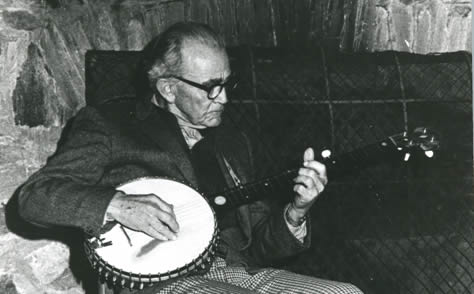 J. Roy was born in the Martins Creek area of Cherokee County, North Carolina, near the town of Murphy, December 3, 1903. His father, Marcus Edgar Stalcup, whose Swedish forbearers came to America in the 1600s, was a subsistence farmer who supplemented the family income with work in the copper mines in nearby Copper Hill, Tennessee. J. Roy’s mother was a Hatchett from the Bellview area on the North Carolina-Georgia line. Her family had come from Alamance County in the 1850’s, headed west by wagon, but ended up settling in the Murphy area, working at farming, gold and talc mining.

J. Roy’s schooling included Murphy High School, the academy at north Georgia's Young Harris College, and Kentucky’s Berea College during which time he discovered an aptitude for engineering. Upon leaving Berea in 1930, he went to work for the United States Forest Service as a surveyor, working on establishing the boundaries of what was to become the Great Smokey Mountains National Park. Further education in civil engineering led to a twenty-year stint with the U.S. Forest Service in Mississippi and then several more years in the private sector that took him to Japan, Cambodia, Iran, and Iceland.

Musically, J. Roy followed the lead of his father and two uncles, all banjo players. He remembered his father’s banjo as having “a cat skin head and a slick (fretless) neck.” Of the neighborhood dances they played for, he remembered, “they’d clear the floor at one of these houses down here and get a fiddle and banjo, that’s all they wanted…they could just dance to a fiddle if they didn’t have a banjo, but they preferred to have a banjo for rhythm…"

J. Roy got his first banjo in 1915 at age twelve, paid for in part from the door-to-door sale of homegrown vegetables around Murphy. The distinctive playing style he developed was something of a departure from the two-finger (thumb and forefinger) style he had seen and heard from his father and uncles. It didn’t require picks, “just naked fingers” as J. Roy once put it. The finger action which he called a strum was marked by picking up with the forefinger rather than down with it. He once explained, “I didn’t learn it from anybody, I just took it up. I couldn’t ever learn to play that way, (thumb and fore-finger) so I got on just dragging this finger across the strings.”