William Goodell Frost was born July 2, 1854 to the Rev. Lewis P. Frost, and his wife, Maria Goodell Frost. Strongly abolitionist in their convictions, the Frosts offered their home as a station on the Underground Railroad. Frost’s grandfather was William Goodell, a notable temperance advocate and abolitionist. Maria Goodell Frost supported voting rights for women, and her sister, Lavinia Goodell, was the first woman to practice law before the Wisconsin Supreme Court. William Frost in later years regarded himself as a reforming crusader because of this progressive lineage in his own family. 1 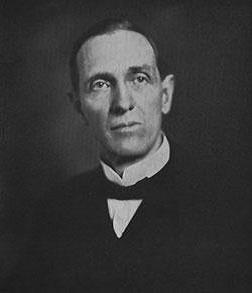 By the time Frost arrived in Berea in 1892, he was already an established scholar and teacher. An ordained Congregationalist minister, Frost was heavily influenced by Charles Grandison Finney, Wendell Phillips, and other great evangelists of his time. He had studied the educational systems of England and Germany, and regarded the reformer Horace Mann and General Samuel C. Armstrong of Hampton Institute as educational role models. When Frost was named as president of Berea College, the Berea CollegenReporter described him as scholar, reformer, orator, evangelist, politician, enthusiast, and aggressive leader. 2

William G. Frost’s plans for Berea took no initial notice of the Appalachian region. Educated at Oberlin, Frost believed whole-heartedly in Berea’s interracial mission. Writing to Berea’s trustees in 1892, Frost declared that “the peculiar work [of Berea College] for years to come is for the colored race.” Speaking from his own experiences of interracial education at Oberlin, Frost believed strongly in Berea’s commitment to “teaching the races to live and work together, and to afford an object lesson to the whole country.” Yet Frost had not been at Berea very long when a new educational emphasis appeared, causing controversy for years to come. 3

In the summer of 1893, Frost toured the nearby mountain counties of Jackson, Estill, and Rockcastle counties. Accompanying him was Frank Hayes, a Union veteran of the Civil War, who had served in the Seventh Kentucky Volunteers. Frost “discovered” a population in the eastern Kentucky mountains that preserved what he regarded as Early American handicrafts, music and other folkways. Mountain people, in Frost’s view, were also the descendants of Revolutionary War heroes and had remained loyal to the Union during the Civil War. These characteristics found a ready audience among New England donors and philanthropists. 4

Just who were these Appalachian Americans? Frost emphasized that mountain people were real Americans because of their lineage from Revolutionary War-era pioneers and loyalty to the Union during the Civil War. Furthermore, in Frost’s view, mountaineers had owned land, but had not owned slaves. Appalachian people were also worthy of interest and support, not only because of their patriotism, but because they were neither “foreigners, nor Catholics, nor aliens, nor infidels.” Properly influenced and educated, Frost maintained that mountain people could make substantial contributions to the march of American progress. 5

Just as some Americans after the Civil War saw the newly liberated African Americans as being in need of “uplift,” so Frost also perceived the needs of southern mountain people. Here, in “the mountainous backyards of nine states” was a region where pioneer people were living lives notable for quaintness rather than progress. Appalachian people, Frost noted, were “religious, truthful, hospitable, and much addicted to killing one another. They are leading a life of survivals, spinning cloth in a manner of centuries ago, and preserving many fine Shakespearean phrases and pronunciations; they may be called our contemporary ancestors!” For Frost, here was a population that could lead the way in uniting the country and demonstrate the practicality of Berea’s ideals. 6

Some of Berea’s African American alumni and other supporters of interracial education did not share Frost’s enthusiasm for mountaineer education. John T. Robinson, an African American alumnus, criticized the impression held by some Berea staff and donors that black students were present at the college because of the “gracious favor” and “forbearance of the whites.” Robinson pointed out that interracial education had been the foundation of Berea’s work from the beginning. Any other interpretation of Berea’s founding story could only be seen, in Robinson’s view, as a retreat from the college’s central mission. Frost dismissed these criticisms, arguing that Berea was still open to all. 7

Wider trends in American society also challenged Berea’s interracial goals. For example, the emerging cult of Anglo-Saxonism of the 1890s claimed a pure racial heritage that stood in stark contrast to African Americans and the numerous migrants crowding American ports. Northern philanthropists increasingly lost interest in interracial education in the South, but these same donors were deeply impressed with Frost’s claims regarding the needs and characteristics of mountain people, giving generously to his program for advancing Appalachian education. At the same time that philanthropic interests were shifting, the larger society seemed to cast aside immigrants and African Americans as unworthy of inclusion in the Anglo-Saxon nation. By emphasizing his educational efforts among Appalachian youth, Frost was perceived by many Berea supporters, black and white, as withdrawing from Berea’s foundational mission. 8 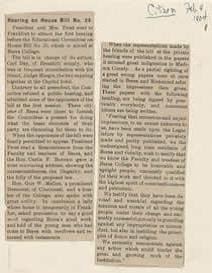 The passage of Kentucky’s Day Law in 1904 was emblematic of these wider societal trends. Introduced by Representative Carl Day of Breathitt County, the bill made it “unlawful for any person, corporation, or association of persons to maintain or operate any college, school, or institution where persons of the white and negro races are both received as pupils for instruction.” The Day Law overwhelming passed in the Kentucky legislature and became law in July 1904. The United State Supreme Court upheld the Day Law after Berea appealed earlier court rulings challenging the law’s constitutionality. “Have we become inoculated with prejudice of race,” wrote Justice John Marshall Harlan in his dissenting opinion, “that an American government professedly based on the principles of freedom . . . can make distinctions between such citizens . . . simply because of their respective races?” 9 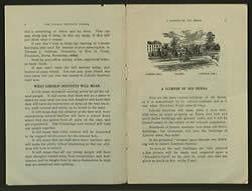 During the judicial process, Frost and the College’s trustees contemplated Berea’s response in the event that the Day Law was upheld. “The colored race,” trustee William E. Barton suggested, “has its Fisk, its Tuskegee, its Atlanta, and its scores of other colleges, but the sons of these loyal mountaineers, equally worthy and equally needy, have no such array of colleges for their uplifting.” The trustees and President Frost decided to make Berea the institution that could meet that particular need. Dividing the endowment and embarking on an ambitious fund-raising campaign, Frost and others, including James Bond and Kirke Smith subscribed funding for what became Lincoln Institute, a vocational and normal school along the lines of Tuskegee and Hampton Institute. Berea College itself developed an array of curricula that offered what Frost described as “something good for every comer.” By 1913, Berea was composed of five separate departments—College; Normal (for teacher training); Vocational (everything from Agriculture to Nursing); Academy (the high school or preparatory department); and Foundation (primary grades through junior high). 10

William Goodell Frost opened himself to charges of racism and opportunism with his decision to change Berea’s emphasis from interracial education to serving mountain youth. Among Appalachian scholars, Frost is one of the chief villains in the stereotyping of mountain people. Nevertheless, his fascination with mountaineer education also appears to show a lack of commitment to Berea’s historic interracial mission, a charge that Frost disputed all his life.What is beyond dispute, however, is that William G. Frost and those who agreed with him changed Berea’s mission, and the consequences of that change are still with us today.

7Quoted in Jacqueline G. Burnside, “Suspicion versus Faith: Negro Criticisms of Berea College in the Nineteenth Century,“ Register of the Kentucky Historical Society 83, 3 (Summer 1985): 247-48 and 251-54. Robinson took particular exception to Frost’s plan to match Berea’s enrollment to the Kentucky population ration of six whites to one black. 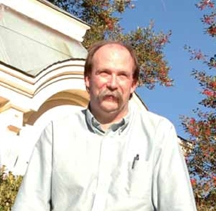