During the summer of 1898, letters between “Willie” (William G.) and Eleanor Frost and College architect (Cleveland Cady—William’s uncle) discussed the various needs and appointments appropriate to a “President’s House” and its use by both the President’s family and guests of the College. Cady was elected to the Board of Trustees on June 23, 1898, and served on the Board until his death in 1919. Plans for the President’s new home were approved and adopted at the Prudential Committee meeting of May 30, 1899. Using the Albert Curtis Bequest (Worcester, MA) to the College to finance the construction, work began in June 1899. 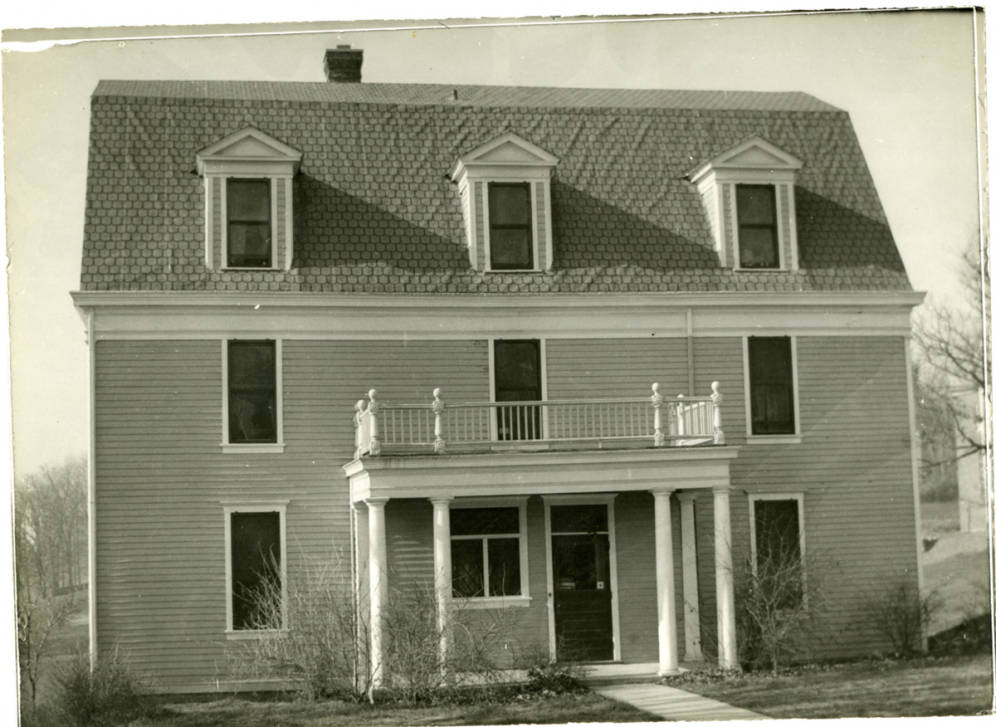 The Frost family moved in during August, 1900. To use the house, they paid $12.50 a month in rent. Its third floor nestled into a gambrel roof and a flat roofed front porch was supported on paired Doric columns. This flat roof had an attached turned-wooden balustrade. A simple entablature circled the building at the roofline. The front entrance hall was fifteen by eighteen feet in size. This symmetrical “Colonial yellow”, ten bedroom, three-story wooden clapboarded residence was built of oak. pine, and poplar and had five stone fire places and wooden sash windows. All lumber was harvested from College property. Because of the quantity of college guests who needed accommodations of room and board, a matron, Miss Abigail S. Merrow, was hired in 1904, to assist in running the daily affairs of the house while Mrs. Frost “was in the field”. Miss Merrow’s responsibilities were “house keeping and entertaining and cultivating guests” (PCM, June 9, 1904; BCA BG, 5.39). President Frost was given $300 a year for upkeep of the house and entertaining College guests. Electricity was installed with fixtures during the fall and winter of 1915 (PCM, August 4, September 8, December 17) and College steam heat was piped in during April, 1918. 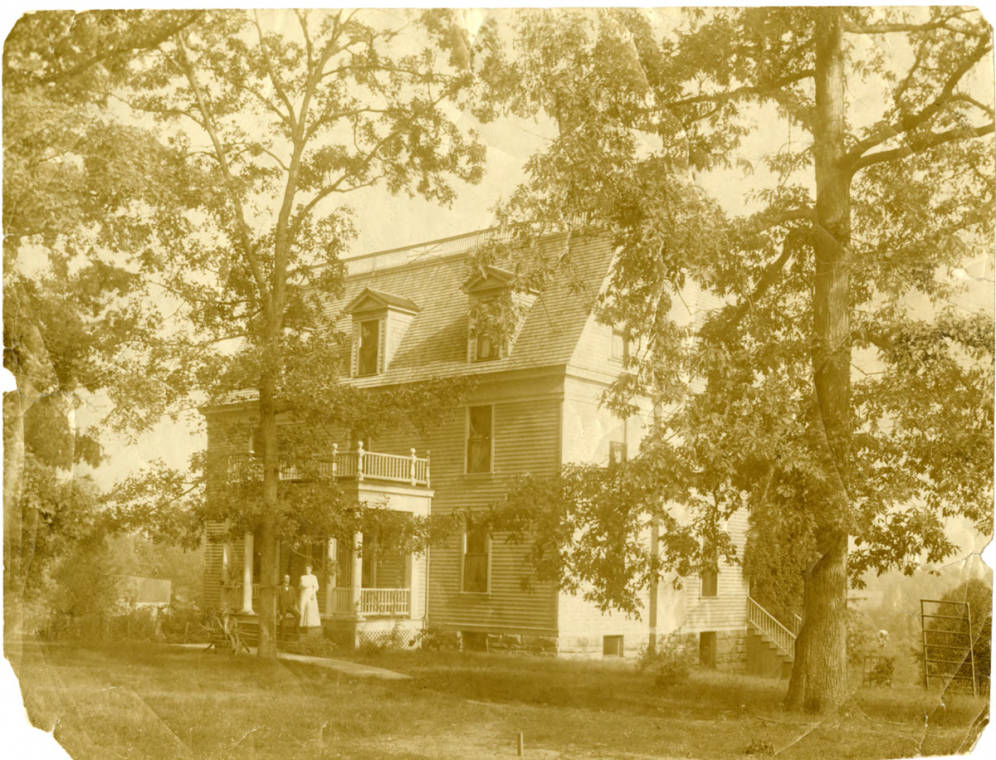 When President William J. Hutchins’ family moved into the house during August of 1920, he described the residence as a “vast caravansary of a house.” The Prudential Committee determined in 1930 that the President’s House was too difficult to maintain and repair and no longer was it suitable for a College President. However, it could be moved and become a student dormitory (January 31,1930; October 10, 1930)! Thus, with the construction of a new President’s Home, during June, 1930, Mr. W. R. Powell, who had moved over one hundred buildings for the College, moved the President’s House down the back of the ridge into the women’s athletic field and then up to the edge of Scaffold Cane Pike across from the Gardener’s Offices. The log cabin Faculty Club/Stapp House was destroyed to make room for Curtis House, as it was then renamed in honor of its donor, Albert Curtis. In its new location and redesigned (1931) by architects A. O. Elzner and Anderson of Cincinnati, Ohio, the structure first served as a residence for guests of Boone Tavern on campus for the College’s seventy-fifth anniversary celebration of the founding of the College. Following the celebration it became home for thirty-five college women (Berea Citizen, June 12,1930, 1; May 7, 1931, 2). In 1958, it became a self-governing men’s residence and during the summer of 1971, the structure was razed to make room for expansion of the Alumni Building."