In 2016, Set 111 of The Saint John’s Bible Heritage Edition (SJB) became a permanent addition to Berea College’s extensive collection of Bibles and religious texts housed in Hutchins Library Special Collections & Archives.  One SJB volume is always on display in the Library lobby and may be viewed when the Library is open.  Other SJB volumes may be viewed in the Special Collections and Archives reading room by appointment.

Starting on August 23, 2021, individuals and groups may sign up for weekly showings of multiple volumes by contacting The Berea College Trace. 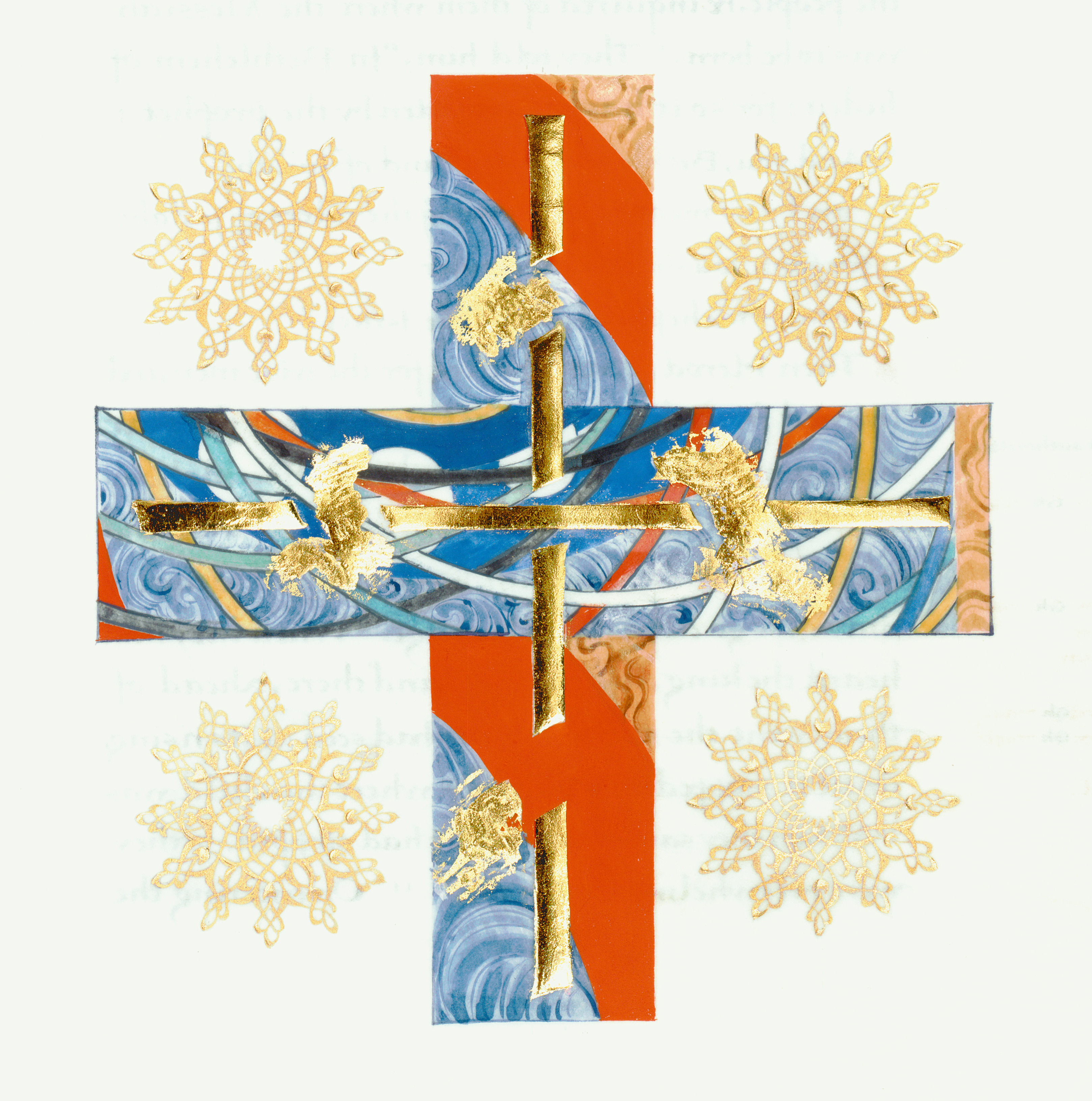 In the early 1990s, at the approach of the new millennium, the community of Saint John’s Abbey and University in Collegeville, Minnesota asked renowned calligrapher and official scribe to Queen Elizabeth II, Donald Jackson, to assemble and lead a team of calligraphers and artists in creating a Bible.  The Saint John’s Bible would be the first completely handwritten, fully illuminated Bible to be commissioned by a Benedictine Abbey since the invention of the printing press.  Jackson had envisioned creating such a Bible at the age of 13, and spent his entire life preparing for such an undertaking.  He assembled an international team of six calligraphers and 31 artists and coordinated their work through a University committee, made up of art historians, medievalists, artists, scholars and theologians.

The Saint John's Bible, using the New Revised Standard Version (NRSV) translation, was written onto calfskin vellum using swan, goose and duck quills.  Ink for the black text came from sticks of compressed candle smoke, a traditional process.  In contrast with these ancient tools, The SJB’s context is modern.  Illustrations of the Earth from space are based on photographs from the Hubble Space Telescope.  Women are prominent in many of the illustrations; Adam and Eve are depicted as East African. Many illustrations are illuminated – touched with gold foil to indicate the presence of God.  The mission of The Saint John’s Bible is “to ignite the spiritual imagination of people around the world of all faith journeys.”

The Saint John’s Bible took eleven years to complete (2000-2011) and work proceeded, it became apparent that The SJB would need to have a presence far beyond Minnesota.  As a result a full-scale art print “Heritage Edition” was created with a print run of only 299.  The Heritage Editions are printed on 100% cotton paper produced in New Hampshire and include all of the text and illuminations.  Many of the illustrations are hand-burnished by the Scriptorium’s studio manager ensuring that no two Heritage Editions are identical.  The 1,165 pages are hand-stitched and bound in seven volumes each measuring 2 feet tall by 3 feet wide when open.

You can read more about The Saint John's Bible, see all of its 160 illuminations, and acquire books and materials related to the project at: www.saintjohnsbible.org/.