Built by student labor the press building occupied the space between the Industrial and Trades buildings. This smaller but fire-proof, red brick building was given by Matilda Bruce of New York City to honor her Scots-American father, George Bruce  "the type founder and inventor of the point system. As  part of the Vocational  Men'  campus, the building has served as a press and printing business  since it was built in 1907. Originally two of the four Industrial Buildings, the east middle building  later named the Bruce Building, .housed a print shop (second floor) and a blacksmith shop (first floor). See Ill 85. A machine repair shop and a shoe shop were housed in the west middle building. At a later time the two buildings were connected and the separating grassed courtyard and driveways were abandoned.

Miss Bruce not only gave the funds for this building but also "the most perfect printing press we could select" (PAR, June 5, 1907). A marble  portrait bust of George Bruce was given to the college and placed in the Carnegie Library until it was moved to the College Art Collections storage. At the Bruce Building dedication service, guests were asked to go to the Library to see the bust: ". . .High brow and strong grave kindly face. . . A man of great thought, quit benevolence, thorough busies integrity and loyalty to principles" ( Berea Citizen June 6, 1907, 6; BCABG, 5.39). The upper  two floors of the Bruce Building served as a men's dormitory during its first years of use ( Berea Citizen, June 10, 1909, 7). In  1907,  when  the  building was dedicated, Oklahoma became a state and the Boy Scout movement was begun by Baden-Powell. Electric lights were installed in the building during  January 1916. In 1939, a one­ story extension to the printing department was proposed  and  built  on the  south  side  of the main building. Sprinklers were installed for fire suppression in the summer of 1951 ( Berea Citizen, October 31, 1940, l; BTM, May 10, 1951). This College industry printed leaflets, reports, catalogs, folders, magazines, the Alumnus,  the Berea Citizen and the Pinnacle. During Commencement  Day activities of  the  Frost  Presidency,   visitors  were  invited  to tour the industries and "to see the press sew books with  wire"  (Virginia  Ferrill Piland). 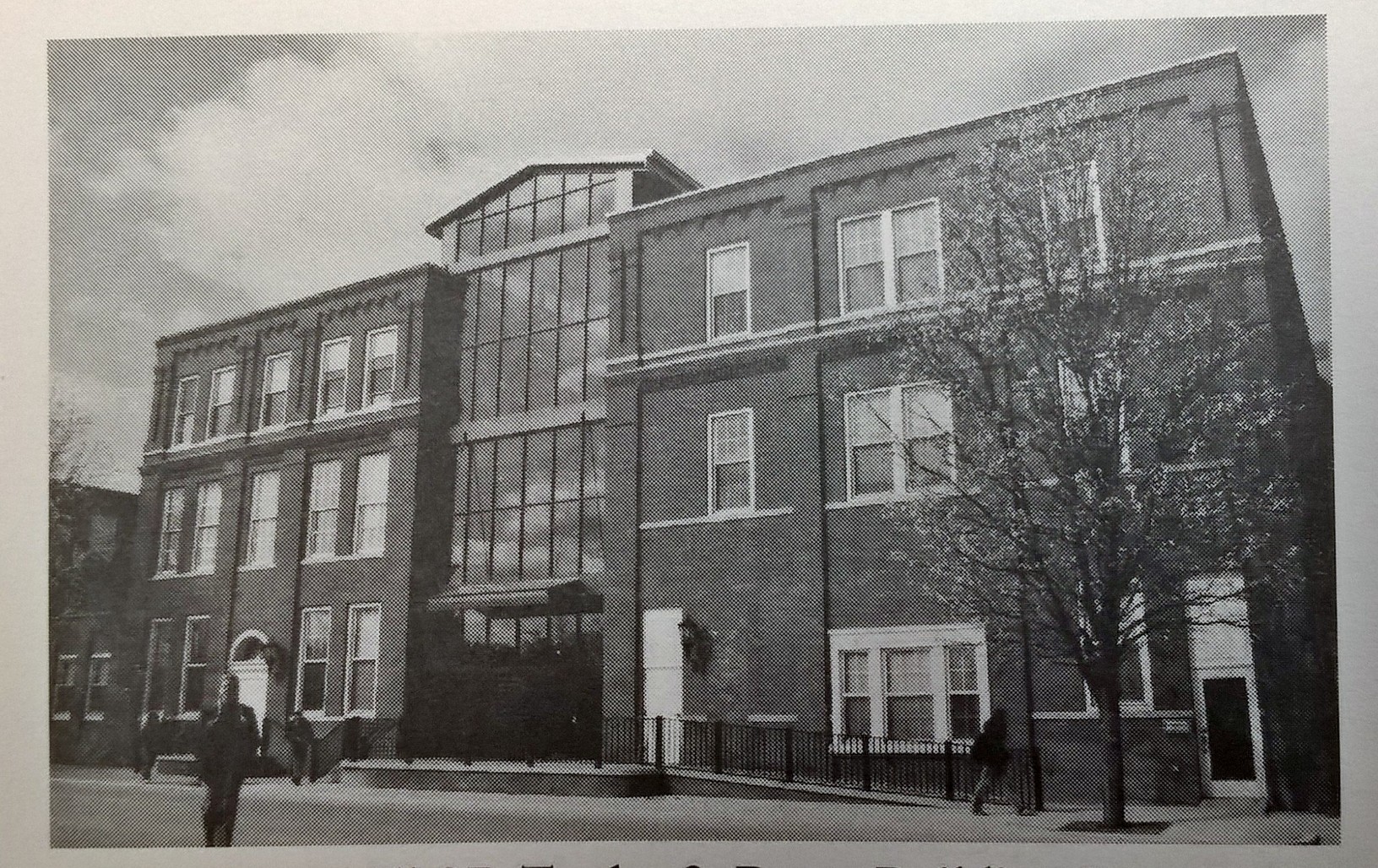 The first two floors of the Bruce Building were gutted and reconstructed to house the New Appalachian Center and various related College programs. A new formal entrance, offices, classrooms, a large gallery space, restrooms, elevator, air conditioning, fire escapes, and storage for the Appalachian Collection were created and opened to the public during the fall semester, 1999. The basement Sculpture Studio used by the Art Department, was also brought up to code with new wiring, water and restroom; a new mechanical and electrical room was built to service all parts of the Bruce Building. During the February, 2000, Board of Trustees' meeting, plans were voted to renovate the Trades building which was to be used by the Center for Excellence in Learning Through Service (CELTS). The mechanical and electrical systems were upgraded and an elevator and a connecting three­ and-a-half story structure with north glass walls were constructed to link both the Trades and the Bruce Buildings. The original driveway and later built loading dock were removed. New sash windows and carpeting were installed, brick was cleaned and tuck-pointed, wood and doors were refinished, and all wiring and plumbing were replaced during the renovation. A new heating and air-conditioning system serviced both buildings, Bruce and Trades. This newly renovated link, especially the second floor, provided shared spaces and lounges for programs housed in both buildings that in turn made possible more faculty/staff collaboration. All plans for the design and renovation "utilized ecological design principles for maximum energy efficiency  and minimal  environmental impact" ( Berea Citizen, Feb 21, 2002, A6). The College Press now occupies the first floor of the Trades Building; and when Lincoln Hall was being renovated, 2000-03, the Treasurer's and Business Offices occupied the top floor. As of publication, all out-reach service learning areas (Special Programs, Bonner Scholars, Habitat for Humanity, People Who Care, Students for Appalachia, and TRIO Programs) now are housed in these two renovated buildings.