A project to identify tunes to the play-party songs and document the movements that accompanied them when they were played as play-party games in the late 1920s. 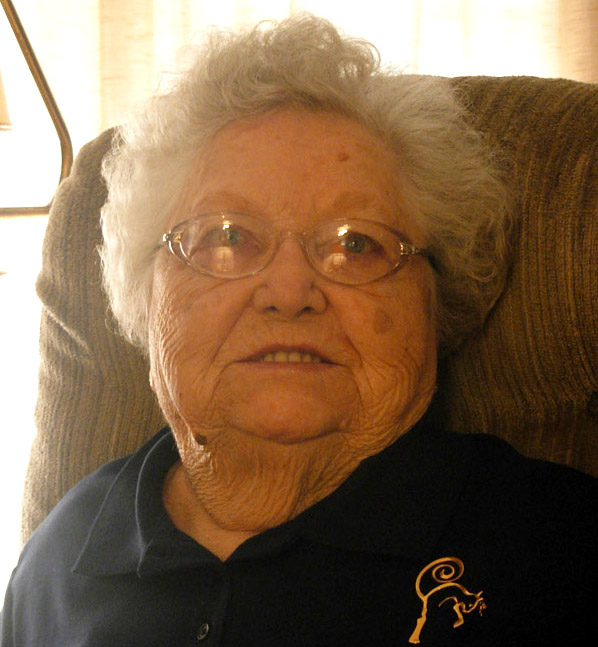 Materials Needed and Sources:  Music to the common tune Rosa Betsy Lina, or CD Player and recording of the tune, copies of the words, for learning to sing the song.

About the Game:  This play-party game was less well known. Research showed only a few people remembered doing this in Western Kentucky, and versions of it were played in Illinois, Tennessee, Oklahoma and Arkansas. Movements and exact words sung vary; in some areas it was called Rosabeckaliner or Lead Her Up and Down or Old Betsy Lina ,or even The Rose Bush Liner.

About the Tune:  The tune is sung by Mrs. Lucille Harp as she remembered it at age 92. Mrs. Harp, born in 1914 in Carlisle County, Kentucky, attended play-parties in the same time-frame and exact region where the words to this song were collected in 1928.

About the Words:  This version of words was collected by S.W. Douthitt at a play-party in Carlisle County, Kentucky in December, 1928. Song should be sung to a fast tempo. The singing is the musical accompaniment to the movements. Teach the song first, before beginning the movements.

About the Movements:  This version of movements came from Lucy Madden, born in 1923, who attended play-parties in Graves County, Kentucky from 1928 –1941.

Cross-Curricular Activity - Storytelling:  Read students this story and have them pair up and tell each other a story from their own lives.

Mrs. Madden told this story from her life. When she was about ten years old, she had to go into the field to get the cows that were grazing there, and bring them back to the barn. One night she was out getting the cows and a big storm hit. She ran into a nearby shed to stay dry, and one of the cows followed her into the shed. She was wearing brand new shoes and she didn’t want to get them all muddy walking back through the field to the barn. A few minutes later, up at the house, she saw her daddy look up, see her and say, “I wish you’d looky yonder.” Her mommy said, “What?” Her daddy said, “Lucy Mae is riding that cow to the barn!”

Formation:  4 – 10 couples standing in two lines about 4 feet apart, boys on one side, girls on the other, across from and facing your partner. One end is designated the top of the set, with the couple closest to the top designated the Top Couple. This is called Longways Formation. Posture is upright but very relaxed.

Meanwhile, as top couple moves down, all other players move up along their line one place toward the top of the set. As soon as
the active couple finishes swinging, the new top couple meets in the center and repeat the leading down and swinging actions. This repeats for every couple and until players are tired of the game.

Foot movements are a bouncy walk or modified clog step, keeping time to the singing.

Song may be repeated as needed.

1) Teacher observation:  Did the student pay attention & cooperate with other players? Was the student ready to perform her/his part when the music cued it? Was the student able to change roles as the game repeated? Did the student use proper body alignment for this style of dance and a dance-walk? After repetitions, was the student able to memorize the sequence of movements in the game?
2) Questions for discussion or follow-up writing:  What pathway(s) were used in this game? What body part(s) moved most? What level(s) did the movements take place on? What shape(s) did players bodies take? What shape(s) did all the players together make? What force was used in movements of this game? How do these game movements compare to movements you use everyday? What can you tell about players in Western Kentucky in 1928 from this game? How do you think young rural Kentuckians learned to play the games? Where did the games come from? Why do you think someone might have played this game? Was anyone more important than anyone else in this game? Does that say anything about their society? In some play-parties, instruments played the tunes. What instruments do you think may have been used for playing in people’s homes in 1928? Who do you think might have been the musicians? What sort of clothing might have been worn to the play-parties? How would the clothing affect the dancing? Did this game seem happy, sad, or another emotion? Did it seem formal, relaxed, structured, free or another way? Would you want to go back in time and play games at a play-party in 1928? Why or why not?

Mathematics – Have students look for patterns in the game. Have them experiment with changing the pattern in one section or repeating one section. Have them analyze what happens to the game and form an opinion on why the game is the way it is.

Government – Have the students research the difference between a monarchy and a democracy. This game is a mix of monarchical and democratic – there is a top couple who is more important, but all players get a chance to become the top couple. Have students work in small groups to change this game to reflect a totally monarchical society. Have them change it to reflect a totally democratic society.

History, Library and Computing – Have students research life in rural America in the late 1920s. How did players get to the parties? What purpose did they serve? How would people find out about the next party? Why did the parties fall out of fashion by the mid-1950s?

Big Idea/Structure in the Arts

Big Idea/Humanity in the Arts