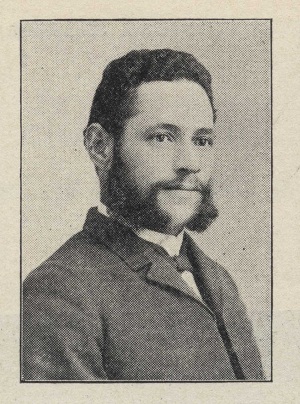 Between 1875 and 1876, Jackson served as the first principal of the Corrall Street School in Lexington, Kentucky. He also served as the first president of the State Association of Colored Teachers (which was founded in 1877 and renamed the Kentucky Negro Educational Associationin 1913). In 1880 he served as representative to the Republican National Convention, the first African American from the state of Kentucky to be elected as a delegate. Between 1881 and 1887, Jackson served as principal of Lincoln High School in Jefferson City, Missouri, along with other various local positions in Kansas. In 1887, Jackson returned to Kentucky and became the first president of the new State Normal School for Colored Persons in Frankfort, Kentucky (now Kentucky State University), a post he vacated in 1898. During the 1890s, Jackson became a voice of leadership in education and civil rights in Kentucky, leading an effort to halt the passage of the Separate Coach Bill, serving on an education committee for the 1893 World's Fair, and delivering celebrated speeches at several conventions and before the Kentucky State Senate. He also served on the Board of Trustees of Berea College from 1892-1896 and served as a "Lecturer of Pedagogics" at Berea College during 1893-1894.

He was the author of History of Education: from Greeks to the Present Time, published in 1905.

From 1907 to 1910 he served a second term as president of the State Normal School for Colored Persons, where the school's first building was renamed "Jackson Hall" in his honor.

John H. Jackson married Henrietta Stewart in 1887. They had three children, Ethelbert, Arthur, Atwood, none of which survived to adulthood; Henrietta passed away in 1888. On 17 July 1889, Jackson married Ida May Joyce of Columbus, Ohio, an instructor at the State Normal School. They had a son, Earl, who had also passed away by 1905.