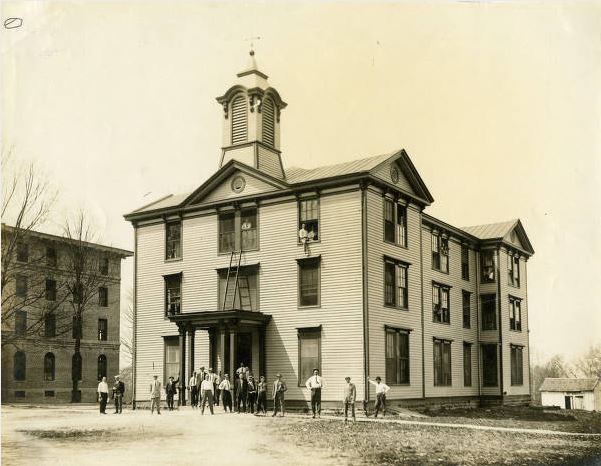 Funds to build this nineteenth century men's dormitory were provided "by the Freedmen's Bureau to help educate the emancipated population of the south." The Bureau also provided scholarships to emancipated Black men so that they might attend Berea. Union General Oliver Otis Howard, who had lost an arm in a Civil War battle, was Chief Commissioner of the Freedmen's Bureau and was the founder and President of Howard University the same year Berea's Howard Hall was built. Like Berea, Howard University was
coeducational and integrated. Howard also founded Lincoln Memorial University, TN. Berea voted to name this building Howard Hall in August 1869. General Howard wrote John G. Fee expressing concern that the men's dormitory was to be named for him, but thanked him for his "kind appreciation of my labors" (correspondence, August 23, 1867). General Howard had turned over $7,000 to the American Missionary Association to be used by Berea as he endorsed and was a chief supporter of Fee's work in Kentucky (correspondence, September 3, 1867). A Chapel at Fisk University, which was founded by the AMA in 1866, was also named for Howard.

In 1866, during Reconstruction, "Congress passed the first Civil Rights Act, giving African Americans full citizenship and equal rights under the law; and ... the Freedmen's Bureau was given the power to establish courts to prosecute violators of African American civil rights; Congress also passed the Fourteenth Amendment, making African Americans citizens and guaranteeing all citizens the equal protection of the laws.' This amendment was ratified in 1868," the date Howard Hall was being built and Ulysses S. Grant was elected President (The New York Public Library American History Desk Reference, 100).

Principal 1. A. R. Rogers wrote: "Howard Hall was the wonder of the section. People came from the mountains to see it." The white wooden clapboarded building stood three stories high with a tin roof and housed eighty-nine men. Both the roof and porch soffits were supported and decorated with wooden brackets that were attached above the window frames or columns. The Prudential
Committee voted to build a woodshed, privy, and two cisterns; to use lightning rods on the chimneys and bell tower; and to furnish each room with a stove, two bedsteads, two chairs and a table and wash stand. Men provided their own lights, bedding and any additional furniture they wanted (PCM, August 4, 9, 17, and September 7, 1869; May 27, 1875; February 6, 1876). "In the beginning students paid $2 to $3 a term for board, and $2.50 for fuel in the winter. Rules of the dormitory prohibited changing location of the
stove, sweeping dirt into the halls except at specific times, throwing ashes, dirt and water in unspecified places and throwing anything from windows" (Berea Citizen, May 4, 1995, 1, 2, 8). A library was placed in Howard Hall in 1871 and the whole structure was repainted in 1887. General O. O. Howard came to the College, spent a few days and delivered a Memorial Day speech in May 1898 (BC Reporter, 1898).

Bathrooms were installed during August 1900, and the building got steam heat, new furnishings, newly plastered walls, new floors and electricity in the Fall Term, 1910 (BTM, June 8, 1910; Berea Citizen, September 27, 1910, 1). When Seabury Gymnasium was built in 1928, Howard Hall was moved 100 feet north of its original location and an additional twelve rooms were added in the basement. New floors, windows and doors were installed, the whole interior was re-plastered and the "Social Room" was doubled in size to provide a larger space for "Bible discussion groups" (Berea Citizen, May and August, 1931). Howard Hall was stylistically similar to numerous other white clapboarded, symmetrically arranged structures which had been built as academic buildings and
dormitories at mission schools across America by the American Missionary Association. Howard Hall was last used during the spring term of 1971, and all but the central tower was razed during that summer (Berea Citizen, June 17, 1971, 7). This tin roofed and weathervane enhanced tower became the focal point of Howard Hall Memorial Park which today, occupies the site of the former
Liberal Arts Building and is tucked in beside Rustic Cottage. Its four faces are enhanced by arched louvered openings and a bracketed broken entablature (Berea Alumnus, November-December 1977, 10). The red brick terraced park was refurbished during the summer of 1998.

Because of the desperate need for dormitories during the Winter Term, 1906, long wooden barracks-like annexes were built between Howard Hall and Williams Cottage. Each housed sixty male students. These Annexes were described as "a triumph of economy, efficiency and speed of workmanship". They remained for numbers of years and were renovated and reconditioned during the early 1930s because of continued space needs (Berea Citizen, December 14, 1905, 6). Like Howard Hall, the Annex was moved north
in alignment with Pearsons when Seabury Gymnasium was built and the East Barracks was moved to line up with the West Barracks in the same relative position as before (PCM, September 10, 1926; October 28, 1927; November 2, 1928). The Wigwam was built west of Pearsons but near the Tabernacle as an emergency residence for young men in 1917 (PAR, June 5, 1917) and was used for storage during the fall term (1926) Williams Annex (1906) was torn down in 1943 (PCM. May 21). 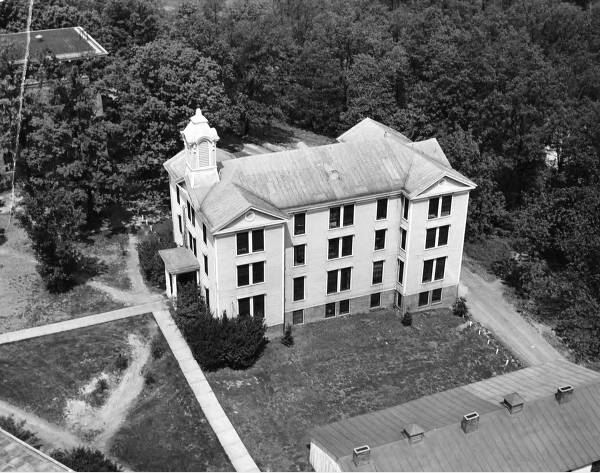