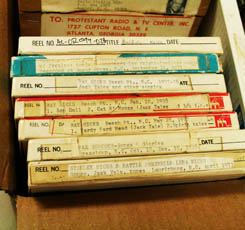 The archive has approximately 4,500 open reel tapes. About 20% of them have an acetate base with the remainder being polyester. There are also a few paper-based tapes. Many of the open reel tapes are recordings of Berea College’s annual Celebration of Traditional Music dating from 1974. Other open reel tape collections include the folklore and traditional music field recordings of Leonard Roberts, William Tallmadge, Reuben Powell, and Barbara Kunkle, and range in date from the early 1950s through the 1970s. 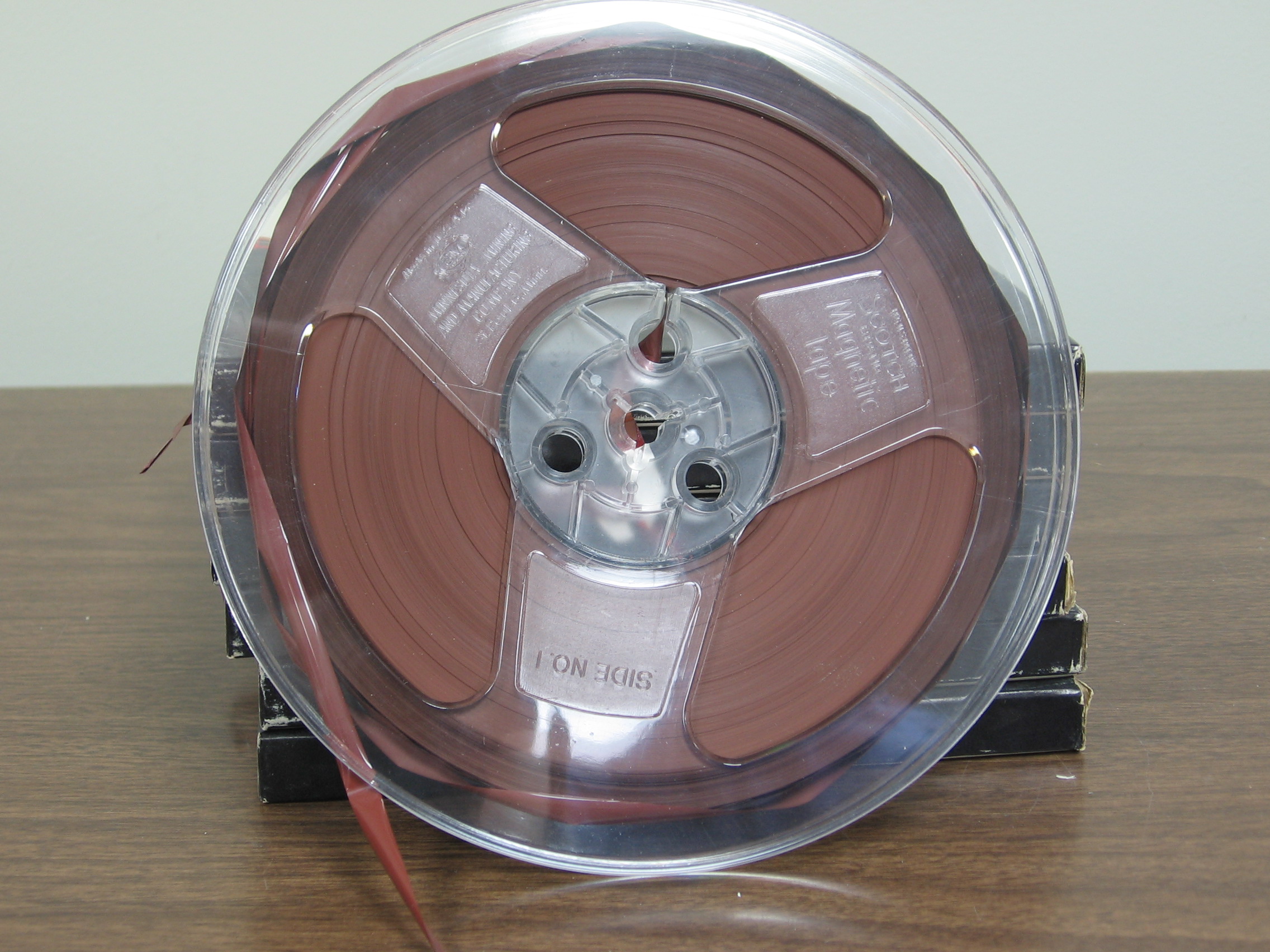 Vinegar Syndrome is another problem that may be found with acetate tape. This condition, which is most common in acetate photographic film, is an autocatalytic decomposition process that produces acetic acid as a byproduct. Once started, the decomposition continues at an ever-accelerated rate. Archivists have recently identified Kodak audio tape from the 1960s as susceptible to this condition. 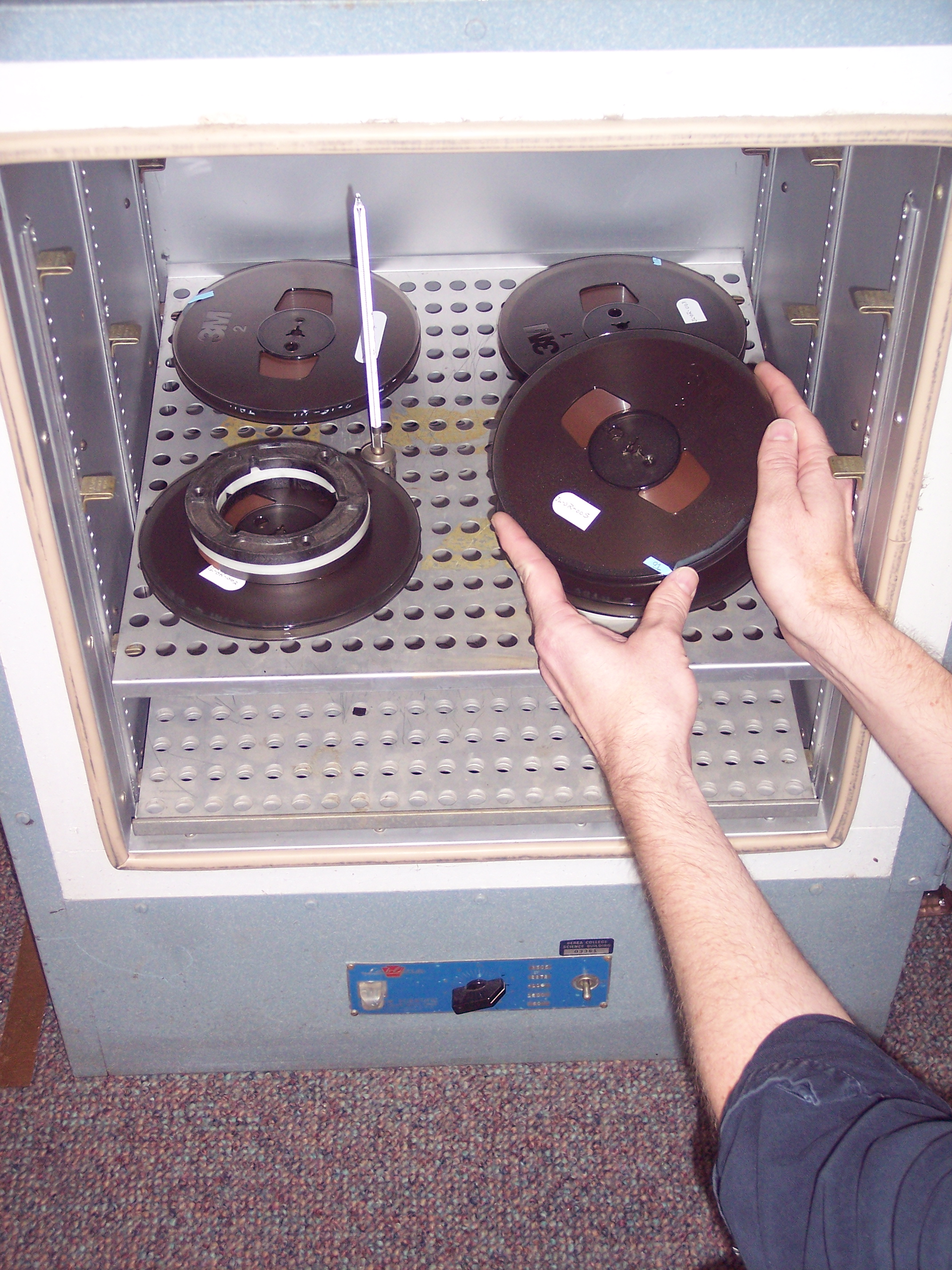 Some polyester tape dating from the mid-1970s to around 1990 is affected by what is known as Sticky Shed Syndrome. This condition is caused by breakdown of the tape binder by hydrolysis which leads to massive shedding and squealing when playing. Many of these tapes can be restored for playback through a heat treatment process, commonly called “baking,” that is now widely used in audio preservation work. Once baked, the tape must be transferred within a week or two before it begins reverting back to the sticky shed condition. 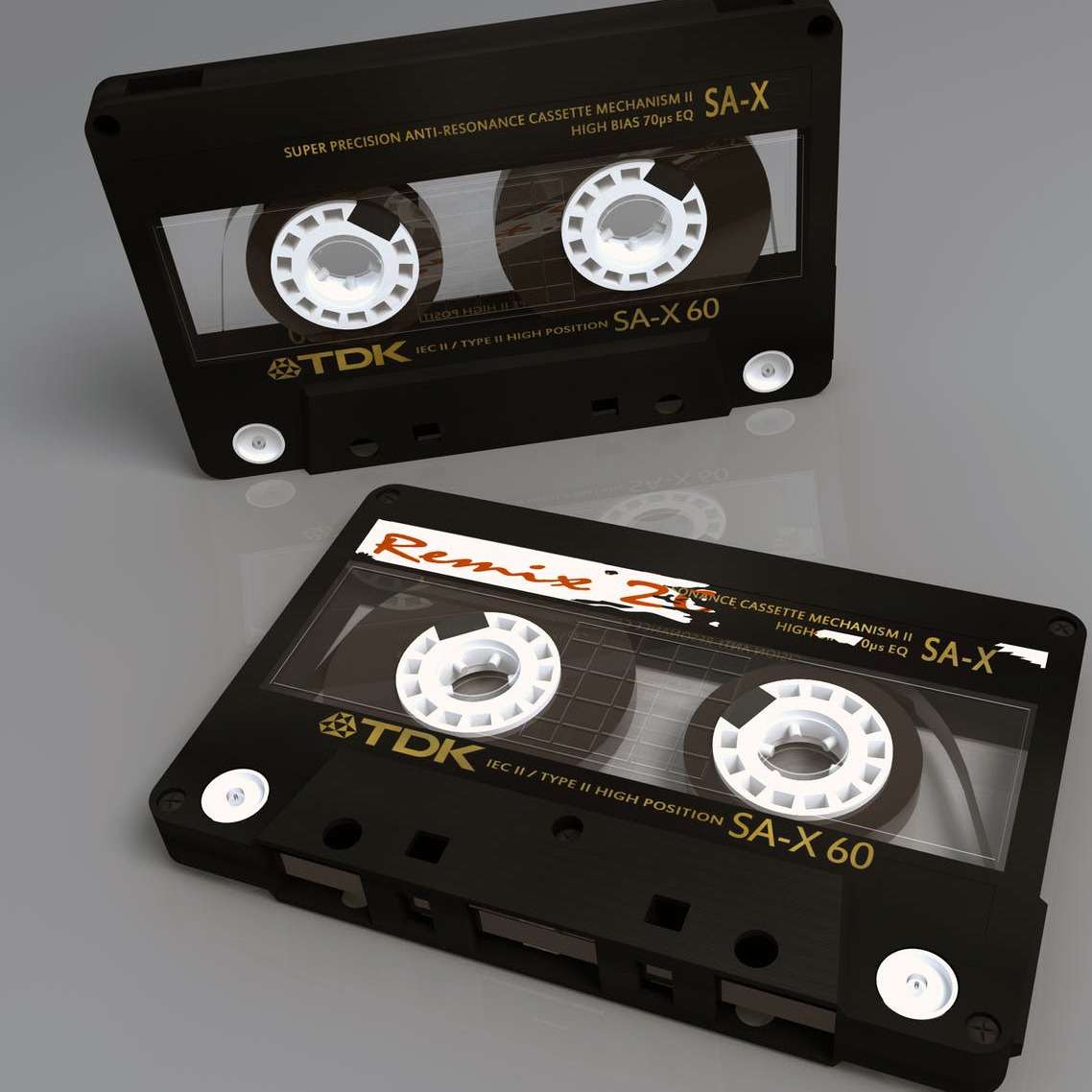 The archive has approximately 3,500 non-commercial audiocassettes dating from the 1960s through the 1990s, most notably in the collections of John Harrod, Bruce Greene, and the Loyal Jones Appalachian Center. Although once widely used for its convenience and economy, audiocassette tape is universally regarded as undependable for long-term stability and is a high priority for preservation copying. Older cassette tapes, particularly those from the 1970s and before, are often exhibiting preservation problems such as squealing and shedding due to loss of lubricant. While these symptoms are similar to those of Sticky Shed Syndrome, appropriate corrective measures are quite different and definitely do not include baking.

The archive holds just over 2000 transcription discs, mostly in the WHAS Historic Radio Collection and John Lair Collection. The electrical transcription disc was predominantly used from the late 1920s (the dawn of electric recording) through the early 1960s as magnetic tape became the dominant recording format. A transcription disc is a special phonograph record intended for, or recorded from, a radio broadcast. The discs are instantaneous recordings, meaning they can be played immediately after recording without any further processing. The medium is an aluminum disc coated with black cellulose nitrate lacquer. 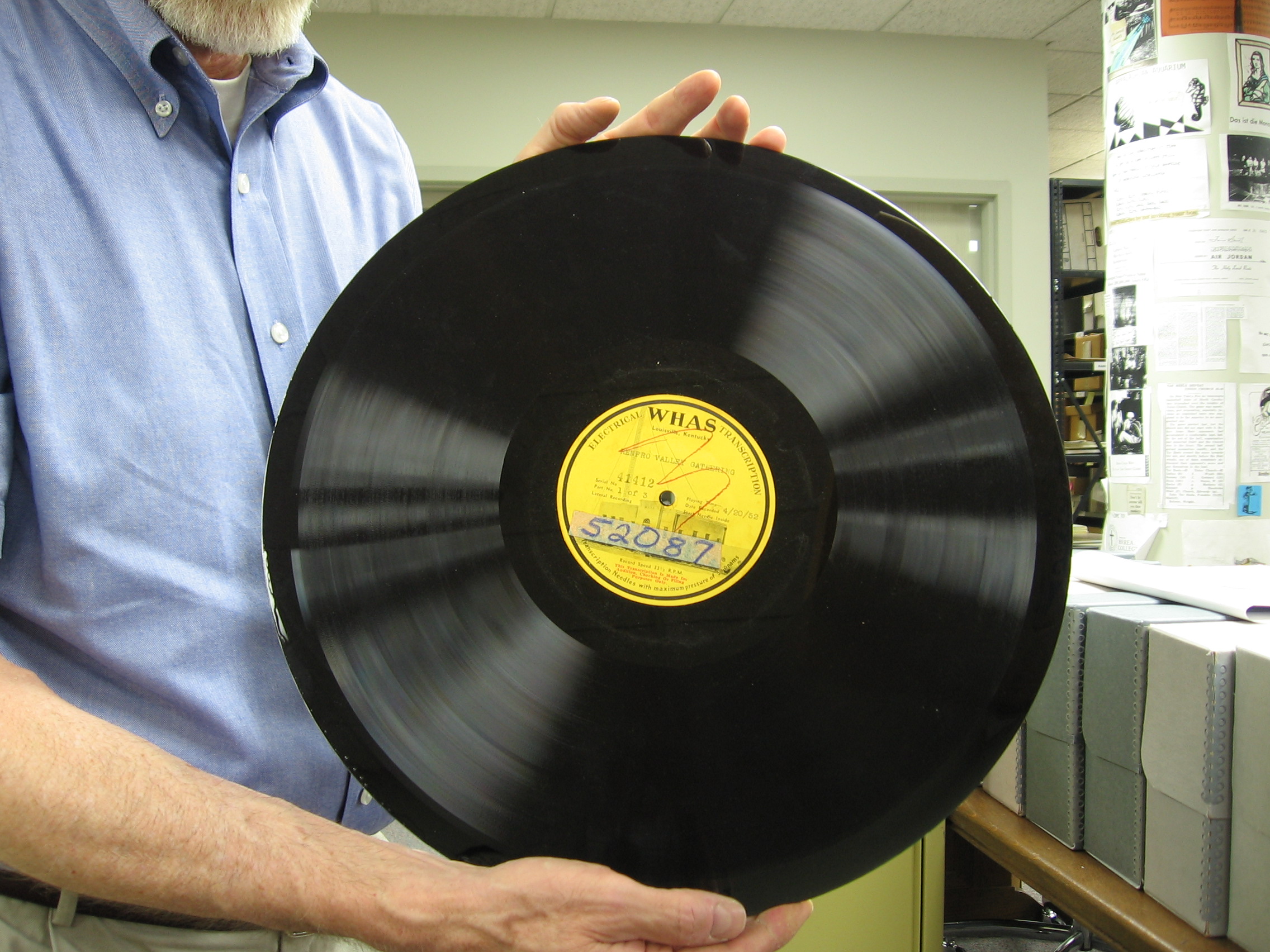 A recording lathe and chisel-like cutting stylus would be used to engrave the groove into this lacquer surface. When aluminum became a critical war material during the Second World War, glass base discs were used; these are extremely fragile and prone to damage. Sometimes erroneously called "acetates",  the official term was electrical transcription, usually abbreviated to E.T. among radio professionals. Transcription discs are most commonly 16 inches (40 cm) in diameter and recorded at 33 1/3 rpm from the inside to the outside of the disc (the opposite of most commercially produced records.) Smaller home disc recorders were also used to create instantaneous discs like those found in the John Morgan Salyer Collection.