The Prudential Committee (December 1, 1915) discussed, voted and ultimately constructed a Guest House during that winter term (Berea Citizen, November 12, 1959, 1). Herbert A. Wilder, College Trustee (1900-1920) from Boston, gave the funds to build this men's residence that was built by student labor during December and January 1915-1916 (PCM, December 1, 1915). This wooden clapboarded, symmetrical structure with wooden sash windows, had a four columned front porch, twelve bedrooms and space to house thirty men. In 1927, the Guest House which stood at the north edge of the Science/Liberal Arts Building "and east of Lincoln Hall", was moved west of Pearsons Hall where it continued to serve as a men's dormitory until 1959. It was heated with steam supplied from Pearsons' heating system, but some students said that it "never dried from the summer rain nor warmed from the winter's cold". Until 1937, the YMCA was in charge of the Guest House which at that point provided temporary quarters for men who had yet to be assigned a dormitory room. It was used as a men's dormitory from 1937 until spring 1959. Razed during October, 1959, the site was used to build Dana Residence Hall (Berea Citizen, June 30, 1927, 4; October 29, 1959, 1; November 12,
1959, 1; Berea Alumnus, April 1961, 5; BCABG, 5.39, box 3). 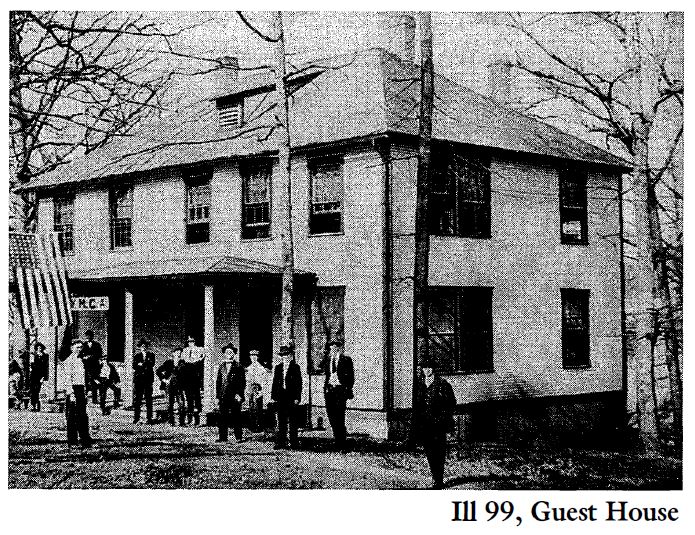