by Leander A. Keim

James Edward Davis (1897–1985) was a Berea College alumnus, employee, and teacher who contributed much to the woodworking industry at Berea and played a national role in mid-twentieth century arts and crafts programs. He married Nelle S. Stevens the same year that he began his position as Assistant Superintendent in Construction at Berea’s woodworking department. He taught Manual Training, English language and Bible. He served in the U.S. Navy during World War II. He worked with Southern Highlands Handicraft Guild in various positions after WWII. Later, he held a General Managers position with the Arts and Crafts Board at the Bureau of Indian Affairs where he remained until retirement.

James Edward Davis was born on May 18th, 1897 in Primrose, Lee County, Kentucky. He attended the Berea Foundation School and Berea Academy. The 1915 Berea Register indicates he was doing 8th grade work in the Foundation School. The 1930 Berea Alumni Directory indicates that he graduated from the Berea's Academy with a high school diploma in 1918. 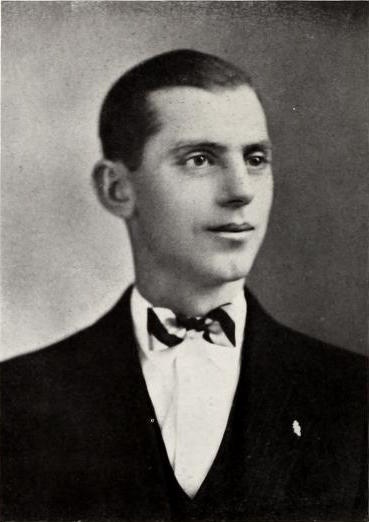 He took several classes at Peabody College in Nashville, Tennessee in 1919 -1920 but did not complete a degree there. Davis worked with the Grenfell Mission in Labrador, Canada, in 1921, at the request of Dr. Wilfred Grenfell, who was a missionary physician to Labrador. While there Davis made new looms, altered old ones and helped to establish industrial work in the community houses. He attended  Bradley Polytechnic Institute in Peoria, Illinois, from 1922 to 1925 earning a B.S. Degree from Bradley in 1925. At Bradley he was also involved in vocational and teacher training.

He taught Manual Training at Hopkinsville High School in Kentucky during 1925-26.

In 1927, Davis began a ten-year period of employment at Berea College in various capacities. Berea College’s official offer to Davis, taken from his personnel file at the College, January 1, 1927, requests that he start his position no later than August 1, 1927. He was initially appointed as a teacher of Sloyd, a system of manual training, and as Assistant Superintendent of Woodwork and Construction from 1927 to 1930. He was thirty years old when he started at Berea.  According to a surviving Western Union telegram, Davis was also invited to teach Electrical Engineering and to supervise the instructor of auto mechanics. Davis’ starting salary was $2,000.00 per annum and increased to $2,400.00 per annum after his marriage. It was common in this era for a persons salary to be based in part on marital status and family size.

Davis married Nelle S. Stevens on December 29, 1927, in Florida. Ms. Stevens was the daughter of Mr. and Mrs. H.B. Stevens, a Trustee of Stetson University. Records also indicate that Davis was a member of Union Church and taught Sunday school.

While Davis was employed at Berea College, President William J. Hutchins invited noted furniture manufacturer, historian, writer, and minister, Wallace Nutting, to advise on the improvement of Berea’s woodworking program. Davis was involved in this process. Berea sent Davis to learn about woodworking and craft at Nutting’s furniture factory in Framingham, Massachusetts. Since 1893, Berea College had been involved in training students in crafts, like weaving, broom making, and woodworking, and Davis became an important part of that tradition during the decade that he was employed there.

Davis left his position at Berea in 1937 to start an independent craft business, The Hillcrafters' Guild of Christmas Ridge, along with his wife Nellie. Hillcrafter Guild letterhead from 1941 advertises that it sold furniture, weavings, baskets, hearthbrooms, and pottery. At the bottom of the letterhead is the slogan, "Nothing but my best."During World War II, Davis served in Naval Aviation where he was commander of the Naval Air Base in Forteleza Caera, Brazil.

After the war, Davis played an important role in the Southern Highland Handicraft Guild, working at the Guild’s New York shop starting in 1946, becoming Director of the Guild in 1948, and organizing the Guild's first fair in Gatlinburg in 1948. After 1950, the fair was moved to Asheville, North Carolina.

In May of 1950, Davis became Specialist of the Arts and Crafts Board of the Bureau of Indian Affairs and in July of that year he was appointed Executive Officer of the Arts and Crafts Board. He served for two years in the Cherokee, North Carolina branch after which he transferred to the bureau's Washington D.C. location where he started as Business Manager before being promoted to General Manager in February 1952. He remained there until his retirement in 1962 and was succeeded by Robert G. Hart. Davis died on January 23, 1985 and is buried in Berea Cemetery, Berea, Kentucky.

United States Department of the Interior. News release. Indian Arts and Crafts Board. Robinson Interior 2773. For Release to PM's, SEPTEMBER 12, 1962. Accessed May 26, 2017. Retrieved from https://www.bia.gov/cs/groups/public/documents/text/idc016959.pdf