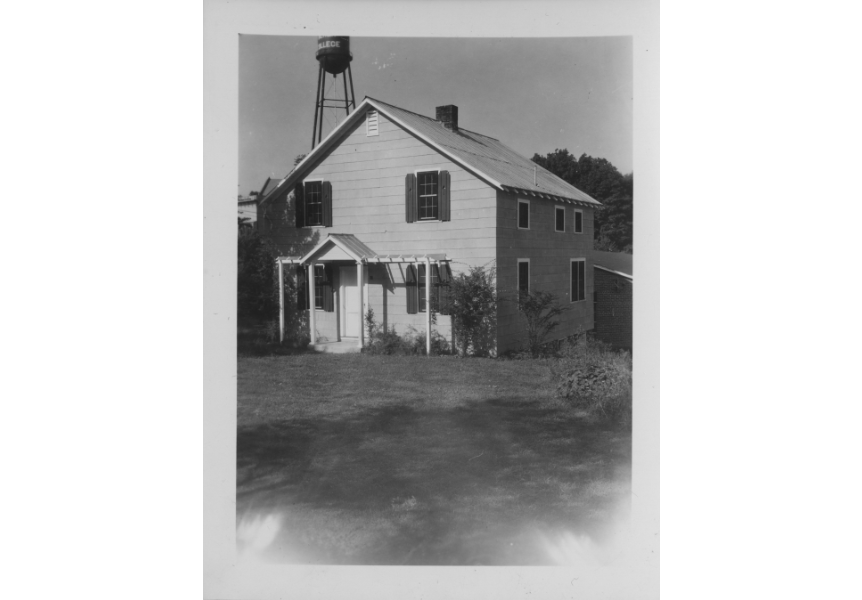 Edmund Corbin Westervelt, a South Bend, IN, businessman whose parents were, Oberlin College graduates and friends of President William J. Hutchins, had given Berea a $5,000 fund for girls in 1918. In 1936, he felt that Depression era high school students could not use their hands, but that they should have practical experiences and "the opportunity to learn how to plan and construct a simple, attractive useful home". Consequently, he gave the College $25,000 for the purpose of endowing an academic chair,. who as a faculty member would continue the work of training students .in the home. construction industries; he also gave about $4,500 for constructing a shop and a cottage where these practices would be learned. He proposed that high school boys (freshman to seniors) could learn the rudiments of carpentry, brick laying, concrete  pouring, plumbing, electrical wiring, general and art metalwork, and woodwork in this newly built shop. It was his philosophy that you learn by doing, and he said that he wished that more schools "knew enough to introduce how to use tools and how to raise enough- food to live on." His educational ideas and monies for construction were accepted by the Board of Trustees in 1932 (the depths of the Depression); however, it was not until the winter of 1937, that plans for the brick and steel "shed" were actually provided (BTM, November 18, 1932). ·Westervelt proposed that his funds be used to support a course in "existence production, tilling land, building a shelter, and such uses of common tools as are needed in and around an inexpensively home;" all these proposals were in keeping with the concepts espoused by President Roosevelt's New Deal Homestead projects (BTM, November 13, 1936). Trustee Bruce Barton, writing in Reader )s Digest about the Westervelt class, said: The class is: "designed to re-establish the old Yankee tradition of "jack of all' trades" and will be inaugurated this fall. The classroom is divided into sections: In the first, a boy will be taught to mix and lay concrete for a sidewalk or cellar, to lay up a brick wall or to build a chimney. In the next section he will learn enough carpentry to enable him to make home repairs·, or even to erect a simple structure .. The next compartment will teach , plumbing and sanitarian ...how to bring running water into the kitchen or to fix a leaky faucet, and how to install a bathroom. In the next he will find out what the electrician does and how. Boys visiting the shop in their odd hours will progress from section to section, emerging at last as skilled handy men...the delight of wives when times are. good and independent of outside help when times get tough" (PAR,  1937, 11).

Westervelt's ideas were a reinvention of President Frost's desire to build the Industrial Building (Edwards) in 1903. The Westervelt Shop, "a building in which to teach elementary manual skills", was a plain bride single room (fifty by forty­ eight feet) with ten feet tall walls and a bow-string steel truss constructed roof (PCM, February 16, 1937; Berea Citizen, June 24, 1937, 1 & 5). In 1938, that space was enlarged and expanded with an additional room, fifty feet by one hundred feet (PCM, August  10, 1938). 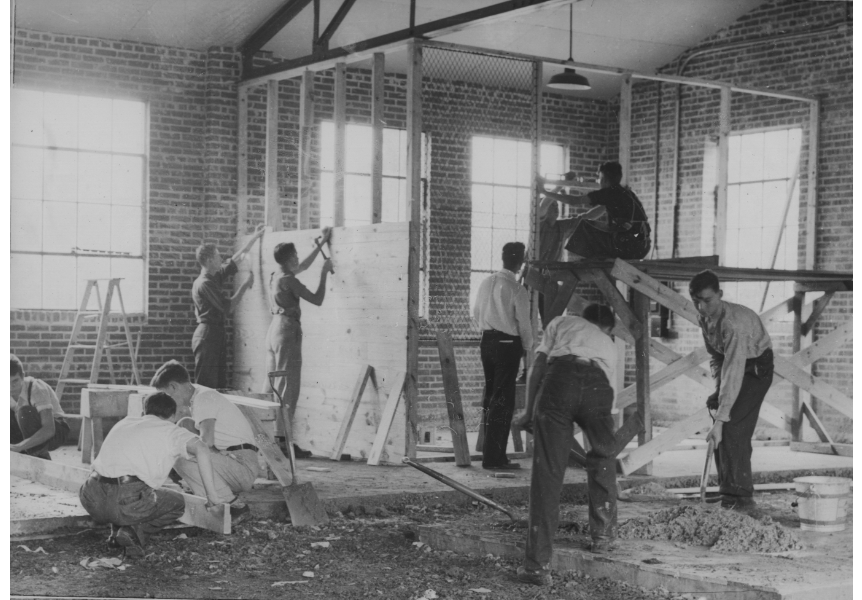 About 200 Foundation School boys assisted in building an $800 house on the hillside across from the Agriculture Building and just above the site of the Westervelt Shop. The plans and specifications for this cottage were drawn by James A. Goforth. This Cottage, a square, three-story, four-bedroom, seven-room house was a copy of Westel'velt's own home in Corpus Christi, TX. Cardboard boxes were tacked into place to serve as insulation. The Westervelt Cottage was dedicated May 8, 1939,and was open for inspection; when it was rented, the occupants had to be willing to have the house open for public inspection (PCM, May 21, 1943). The whole Westervelt project was supervised by Earl W. Lockin, Director of the Industrial Arts Department (the "Sloyd Department" as it was called in 1904: manual training, using hand tools as in Sweden). Classes were taught by Rude Osolnick, who later became Chairman of the Industrial Arts Department (Berea Citizen, February  10,  1938,  l; December  1,  1938,  l; and May 11, 1939, 1). Westervelt Shop remained under the direction of the Foundation School. Courses were offered for credit and for extra curricular experiences. However, with the construction of the Danforth Industrial  Arts  Building,  1958, Westervelt classes were taught there and the original building became  offices for the  Purchasing Department. The Westervelt Cottage was razed in  1957, and the Westervelt Shop building in 1995. Both sites are now green spaces that serve as part of the landscaped  view of the  Seabury  Center.