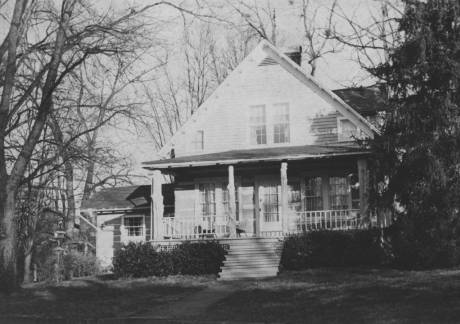 This cottage first appears on the College records in 1913. It had been built on Center Street and had been moved by the College close to Talcott Hall where it served as a Model Home for Home Economics students. In later years it served as a student or faculty residence and was razed during the fall of 1960 ( Berea Citizen, December 1, 1960, 1).

This cottage at the north end of Talcott Hall was furnished for Foundation and for Vocational women. It became a Model Home in 1921, during the W. J. Hutchins administration (PCM, July 30, 1920), but was later used by nursing majors. In 1925, it was remodeled  into a two  family apartment house. 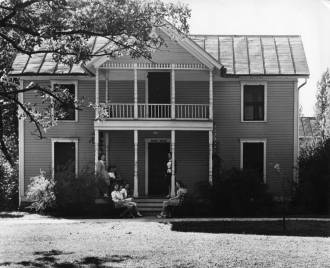 Nurses' Cottage, 1927
Designed by College architect, George H. Gray, New Haven, CT, for Dean Thomas Edwards, this house was constructed west of the Berea Hospital by Woodcraft under the supervision of A. C. Harrington. As the name implies it was later used to house student nurses. When this rather typical nineteenth century style wood framed clap boarded structure was being built, Ludwig Mies van der Rohe in Stuttgart, Germany, was supervising the construction of the preeminent International Style housing community, Weissenhof, where industrial designed products, like those being developed at the German Bauhaus, were being showcased.Modernity and industrial design innovations of this sort were not incorporated in Berea's architecture until the late 1950s. Berea's craft industries and vocational training were locked into a nineteenth century  arts  and  crafts model. 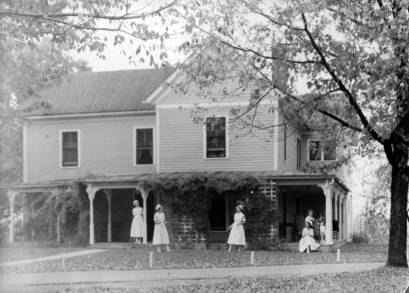