Academy Campus Houses:
Academy  boys  and girls were housed  on both sides of Big Hill Pike (Prospect Street) in the following cottages: 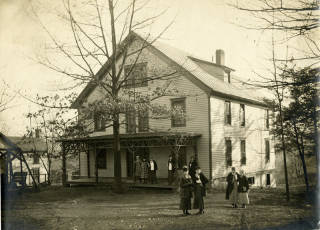 Boone Cottage stood on the south side of Prospect Street on the Academy Campus and was built to house twenty-five to thirty male students. Men moved into the house during January  1902;  but later,  Boone  Cottage was  moved  southeast  of  its construction  site when James  Hall  was  started in 1917. It continued to serve as an Academy Boy's residence  (1914); a porch was added in 1926 and it subsequently served as a Foundation School girl's residence until the 1950s when it was  razed during the fall of 1960 (Berea Citizen, December 1, 1960, l; BCABG 5.39). 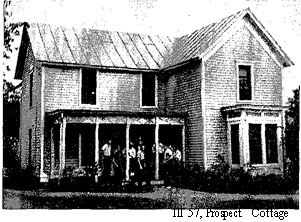 The private house, Prospect House, that stood on the site where Anna Smith Residence Hall now stands, was purchased by the College in 1901. It was used to hoµse thirty male Academy students ( Berea Citizen, December 12,  1901, 2). 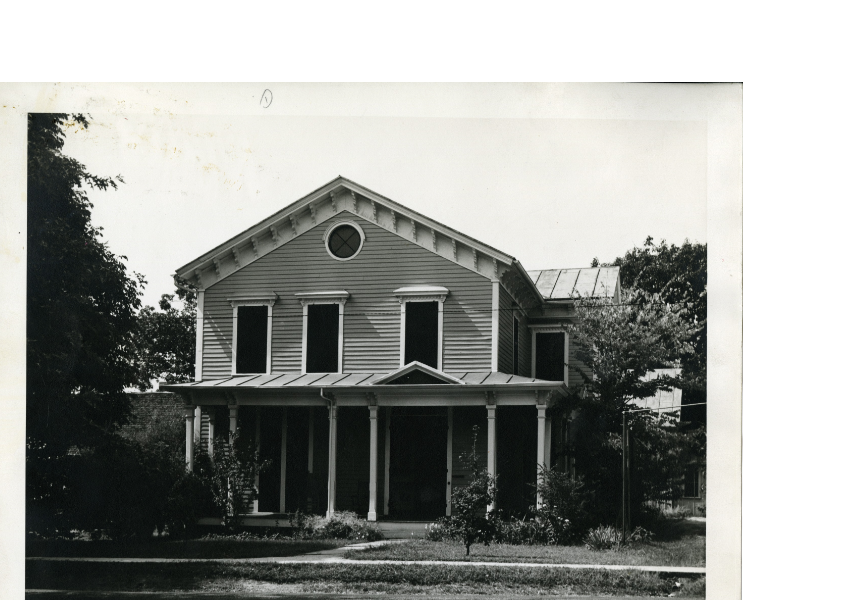 The College purchased this house, four acres of land and a barn at the corner of Prospect and Scaffold Cane Road from Professor Rev. Le Vant Dodge who served the College for more than twenty years. Dodge often sat as acting President while President Frost was away from campus seeking funds (BTM, June 1906). Dodge taught Greek, math, political science; was a member of the Prudential Committee, and was also the College's Vice President and Registrar at various times during his tenure at Berea. He painted his house "straw color with turkey-red trim»: Its "eaves" were supported by brackets, round windows graced the gable ends, and shallow "wraparound" porches were used on most sides. Women students were assigned to the house in 1912, but Academy Boys lived in the house in 1914 (PAR, 1912). This house was moved closer to Dodge Gym in 1917, was later heated by College steam heat (PCM, July 15, 1920) and was used as a faculty residence in 1925. The house, originally built by a Mr. Clark, was at one time the residence of Charles G. Fairchild, and later of the family of Professor Dodge.

Designed by Cleveland Cady and originally the Berea College Hospital, this brick and wood structure was altered in 1925 by College architects George Gray and Clark Lawrence; with this remodeling, it then housed thirty-seven women students and four faculty women. (The new College Hospital was built on the east edge of the Foundation and Vocational School campus inmaking Morningside Cottage obsolete.) After serving as a residence hall for many years, Morningside Cottage was razed in 1954 when Seabury Residence Hall was constructed (BCA Vertical Files, 5.39). See Ill 27
Wright House 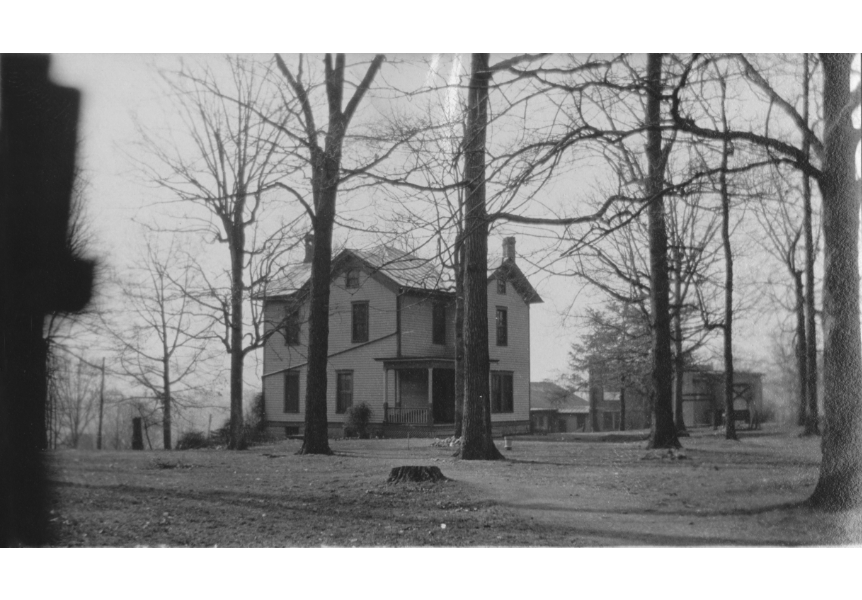 This house was first used as a student residence in 1911,  but with  the  construction  ofJames  Hall, was moved in 1917 to be closer to Morningside Cottage (Frost Diary). Because the house was now close to Morningside Hospital, it served as a residence for student nurses and later as the Academy Country Home. New  baths were added during July,  1927. The house was razed in the late 1950s.
Duncan (sometimes called Marshall) and Lusk Houses 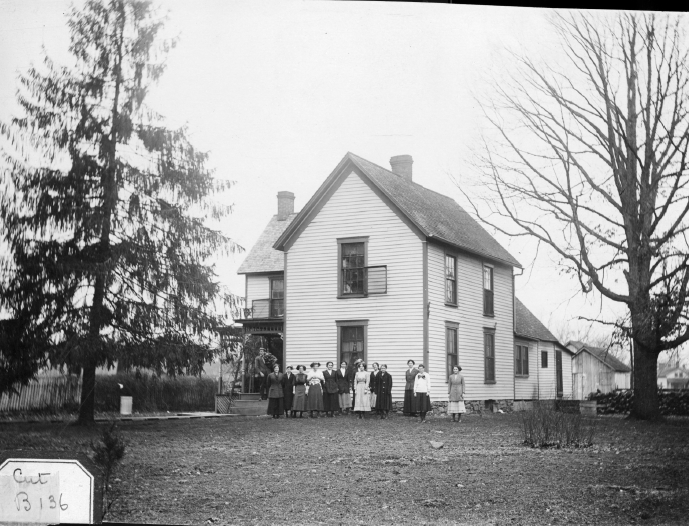 These privately built houses were on the north side of Prospect Street and where purchased  in 1913 by the College to become Academy Boys' housing (Frost Diary, March,  1913). Both houses are  named for the persons who either built the house or originally lived in it.
Ethel E. Todd House
The Ethel Todd House was named for the College Registrar (c. 1904). After being purchased by the College in 1912 and located east and at the back edge of James Hall, the house was used as a residence by Academy Girls but was later reconditioned  for use  by faculty women in  1928 ( Berea Citizen, July 19, 1928, 8). No date has been  found for the destruction  ofthis   house.