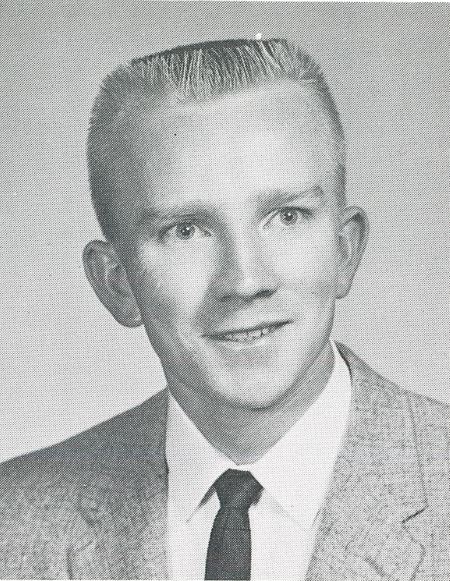 Wayne Hueron Standifer attended Berea College from 1958 to 1962, majoring in elementary education. Mr. Standifer’s labor assignment for four years was working in the college library’s Reserve Room, which at that time was located on the upper floor of the Frost Building and which served as a reading room. The Reserve Room was designed to provide a comfortable study atmosphere while also providing students access to books and other print materials that had been assigned by faculty. At that time, there were no copy machines to make copies of the items on reserve; this meant student had to be physically present at the library to have access to the required materials. To quote Mr. Standifer, “a really good student may have had to ‘live in the library’" to be successful during his/her time at Berea College.

During the summers, Mr. Standifer worked as the building monitor of the Frost Library. Back then, student monitors lived in every academic building on the Berea College campus and they were responsible for maintaining the security of these building at night, as well as assisting student custodians with their duties as needed. Thus, Mr. Standifer literally lived in the library. Mr. Standifer fondly recalled how he would often set off to do some small task – like change a light bulb – and soon find that he had lost whole hours exploring collections of rare books.

In payment for his work in the library, he earned the grand sum of sixteen cents per hour. By his senior year he was promoted to a pay-grade level of nineteen cents per hour. Mr. Standifer joked that he chose to stay in the same position throughout his time on campus because he did not want to return to the low sixteen-cents-per-hour pay, which would have been “a drastic pay cut.” His new pay level significantly contributed in paying off his term bill of 278 dollars, as well as provided him with some money “for going to ‘the street’ (College Square) for a snack.”

In addition to his exciting labor assignment, Mr. Standifer was active in various extracurricular activities. Along with his friend, he joined the Young Democrats club of Berea College. He also participated in the Student National Education Association (SNEA), a national organization and one of the biggest organizations in Berea, which was open to students in the education field. He was a member in the Berea Players, as well.

Mr. Standifer’s college labor assignment had a significant impact on his career choice. Immediately following graduation, Standifer utilized his Education degree by serving as an elementary teacher for the Harlan County Board of Education. However, during his fourth year of teaching, when the principal of his school asked Mr. Standifer whether he knew anyone who would be interested in a federal stipend for a library science degree, Mr. Standifer enthusiastically replied that he would be very interested. He said “I had loved the Berea College library position so well that it directly influenced me, in a split second, to change my career path for the next 47 years.”

Soon after, he began library science classes at the University of Kentucky, which were paid for by a stipend from a federal anti-poverty program, eventually earning Mr. Standifer his Masters from UK. During this time he served as librarian in the same school at which he had taught sixth grade. The school is now the Benham School House Inn where classrooms and the library have been made into guest rooms. Wayne left the elementary school librarian position to become Technical Processes Librarian at Lee College in Cleveland, Tennessee which was followed by 25 years in the state of Georgia as a school media specialist. During that time the Education Specialist Degree in library information science was earned at University of Georgia. Upon retirement in 1998 from a Metro Atlanta school system, Mr. Standifer returned to Lee, which by this time had become Lee University, where he served as reference librarian. By the time he retired in June 2013, Wayne had worked more than half a century, or fifty-one years, in education.

Mr. Standifer also credits his labor assignment at Berea College for inadvertently leading him to the love of his life. As he explains it, while he was working as an academic librarian, he wandered from his office “to the circulation desk where I did not belong. It was there that I met a student, Betty Robbins, who would later become my wife. She said she checked me out.”