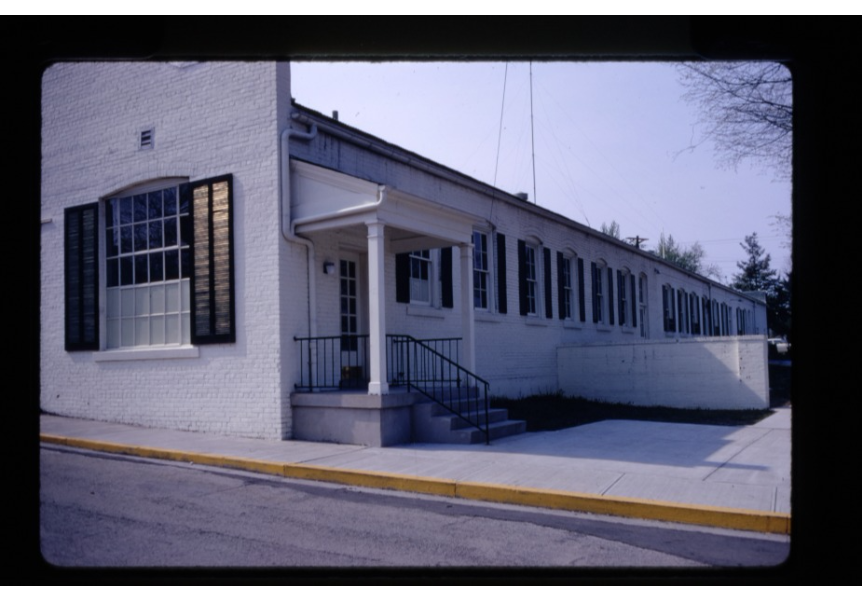 The Appalachian Museum was a public museum owned and operated by Berea College, It operated from 1971 until May 1998. It was located at 103 Jackson Street, Berea, Kentucky, in an area known as College Square. It had interpretive exhibits on Appalachian culture and history. It hosted temporary exhibitions. It was the agency for a number of folklife documentation and interpretation programs. It was staffed by museum professionals and by student employees working under the Berea College labor program. Typical visitation was around 15,000 visitors a year, 800 of which were school children. At closure the collection numbered about 3,500 artifacts.

The Appalachian Museum should not be confused with the Museum of Appalachia in Norris, Tennessee, founded by John Rice Irwin.

Formation of the Appalachian Museum as a department of the College was prompted by the gift of of the Edna Lynn Simms collection of Appalachian artifacts from the Edna Lynn Simms Estate. Simms had operated the for-profit Mountaineer Museum in Gatlinburg, Tennessee from about 1935 until 1955. After her death in 1961, Allen Eaton encouraged her heirs, children Charles and Ruth, to give the collection to Berea College for the establishment of a museum at Berea. In 1962 her estate gifted most of her collection of artifacts and information to Berea College. During the next several years the college developed plans to convert the south portion of the Boone Tavern Garage Building into a museum and the adjacent College Firehouse building into collections storage and workshop. The initial museum director was Harry Segedy, hired in 1969. The museum opened to the public in 1971.

The acceptance of the Edna Lynn Simms Collection and the formation of the museum prompted the college to gather together Appalachian-related historical and cultural artifacts already on campus. This occurred over a several year period. Notable groups of artifacts that were preexisting on campus include:
Once established, Appalachian Museum began accepting donations of artifacts and doing very limited purchasing of artifacts. Notable acquisitions include:
During the 1980s a series of National Endowment for the Humanities project grants funded documentation/interpretation projects in the museum. These projects resulted primarily in a series of slide-tape shows that the Museum distributed until the format became obsolete. These projects also generated additions to the collections:
During the latter years of the Museum, 1990 through 1997, it began to systematically gather historical artifacts related to Berea College History. Papers, books, and photographs had been systematically collected in the Library for decades, but three-dimensional artifacts of College history had not been systematically managed up to this point.

During the fall of 1994 Director Miller became aware of the emerging World Wide Web. He became interested exploring how museums might use the Web. After initial explorations, he focused the idea of virtual museums delivering actual interpretive experiences online. In December 1994 he initiated the Gallery-V project, with prototype work during spring semester 1995 and extensive development in the summer of 1995.

The name, Gallery-V, was selected because the museum had labelled its three physical gallery spaces as Gallery A, B, and C. Gallery-V, for Virtual, was seen as a natural extension. For much of the project's history people often mistook the letter V for the roman numeral V and called it, "gallery five." Miller claimed that Gallery-V was the first web-based museum experience delivering actual content, not just PR, in the Commonwealth of Kentucky and one of the first in the USA. Gallery-V was created as an experiment, by museum professionals and students at Berea College, to explore how museum activity translated into the emerging online world. It went live in March of 1995 and was last updated on August 8, 1998. The project was all HTML manually-coded in a text editor on Apple computers.

Miller became increasingly interested in ways to manifest a spatial metaphor in Gallery V. During the 1995-96 academic year he and several student employees worked to revise Gallery-V based on such a metaphor. The result was the use of textured backgrounds, graphics designed like signage, artifact images with the backgrounds removed, and navigation based on the idea "moving" between four wings of exhibits and other "spaces" like the Director's Office and the Parking Lot.

Berea College's strategic planning process of the mid-1990s, which resulted in the initial version of the plan known as Being and Becoming, resulted in a decision to close the Appalachian Museum. The decision was announced in the fall of 1997. Director Miller recommended that closure be at the conclusion of the academic year in May 1998. Plans were made to liquidate the museum store, have a closing celebration and exhibit on the history of the Museum, and stabilize the artifact collections in storage.

The closing event was held May 16, 1998 at the Museum. Live images were posted in Gallery-V from two webcams in the galleries. The museum closed for public visitation after that event.

Following closing, during summer and fall of 1998 the exhibits were dismantled and all artifacts placed in storage. Responsibility for the artifact collections was transferred to the Berea College Appalachian Center. During 2000-2001 the collections were physically transferred to newly renovated artifact storage rooms in the Appalachian Center, in the Bruce-Trades Building on campus. Exhibit furniture and store fixtures were liquidated through college surplus. Any remaining photographic or archival material was transferred to the College Archives.