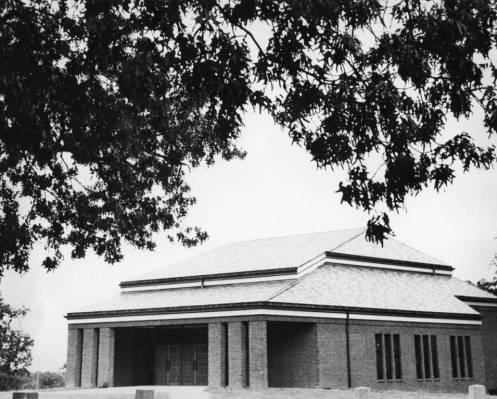 Named for St. Louis Ralston Purina Executive, Ross A. Jelkyl who died in 1974, the two-level structure took the place of the Tabernacle that had been destroyed by fire in 1973. In a dedicated bequest, Ross Jelkyl provided almost half the cost of the theater. Theater productions had limped along for seven years in the "Phoenix Theater" which had occupied the top floor of Phelps Stokes Chapel. Ground was broken during May, 1979, the structure was completed in late August, 1980, and was dedicated on October 24, 1980. The three-hundred seat theater space was dedicated to Foster A. McGaw and his wife Mary Wetting McGaw, Chicago, who were the co-chairs of Berea College's $43 million Second Century Fund. Large gifts came from the Ross Jelkyl family ($885,000), the Skillman Foundation, Detroit ($10,000), and a Kresge grant ($100,000)  (Berea Citizen, July 12, 1979, 1; September 11, 1980, 10; October 23, 1980, 8; October 30, 1980, 1). In the same year this new drama center was dedicated, Cable News Network, CNN, began broadcasting and brought the drama of world events into virtually every person's daily life .

The architect used Flemish bond red brick and slate roofs for this polygonal sided building which has limited seating but an extensive physical plant both in front of and behind the stage . It is a more flexible, serviceable and technical space than had ever existed on the campus before its construction. Tharon Musser, Tony Award winning lighting designer and a 1946 Berea graduate, and Professor John Bolin served as consultants for the design of the theater. Three types of staging were now offered: proscenium, thrust and arena. Jelkyl's lower level housed a rehearsal room the size and shape of the main stage, a costume shop, a laundry, dressing rooms, classrooms and a mechanical equipment room. The main floor housed faculty offices, restrooms, a ticket booth, a coat check, a small kitchen, a scene shop, storage, public lounges, and of course the main theater with its upholstered seating (PAR, 1979). The main entrance of glass and wood is set in a narrow trapezoid below a sloping roofline that is supported on either side by three large brick piers. Concrete and brick were used for the patterned entrance flooring but interior floors were carpeted, walls were painted or carpeted, and details throughout were either brick or wood. The roofline is picked out in copper trim and the entablature is supported by a course of soldier bond. 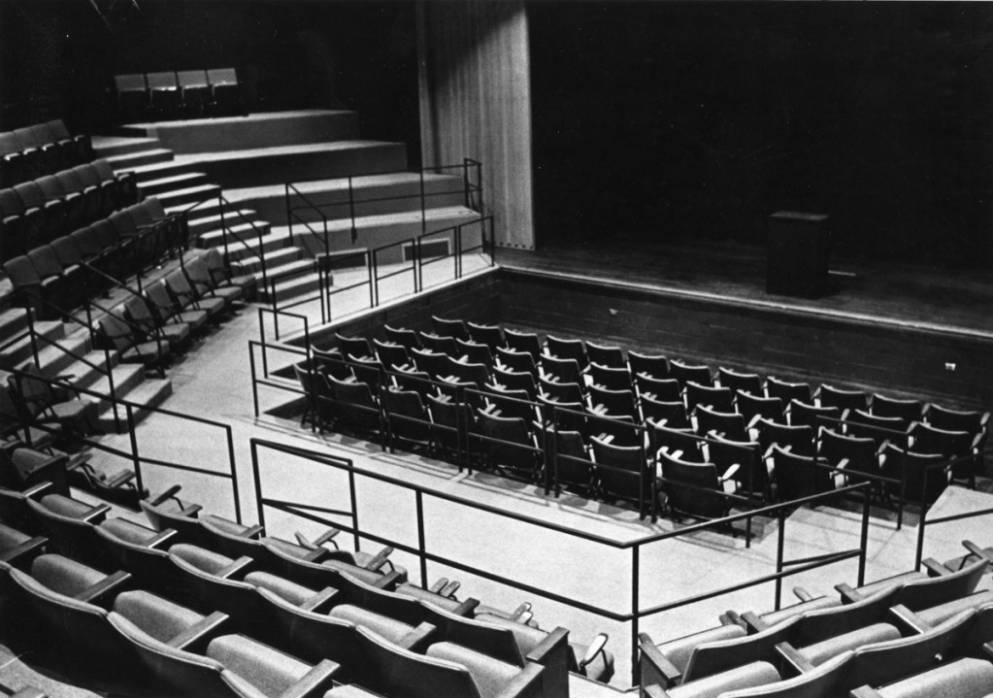