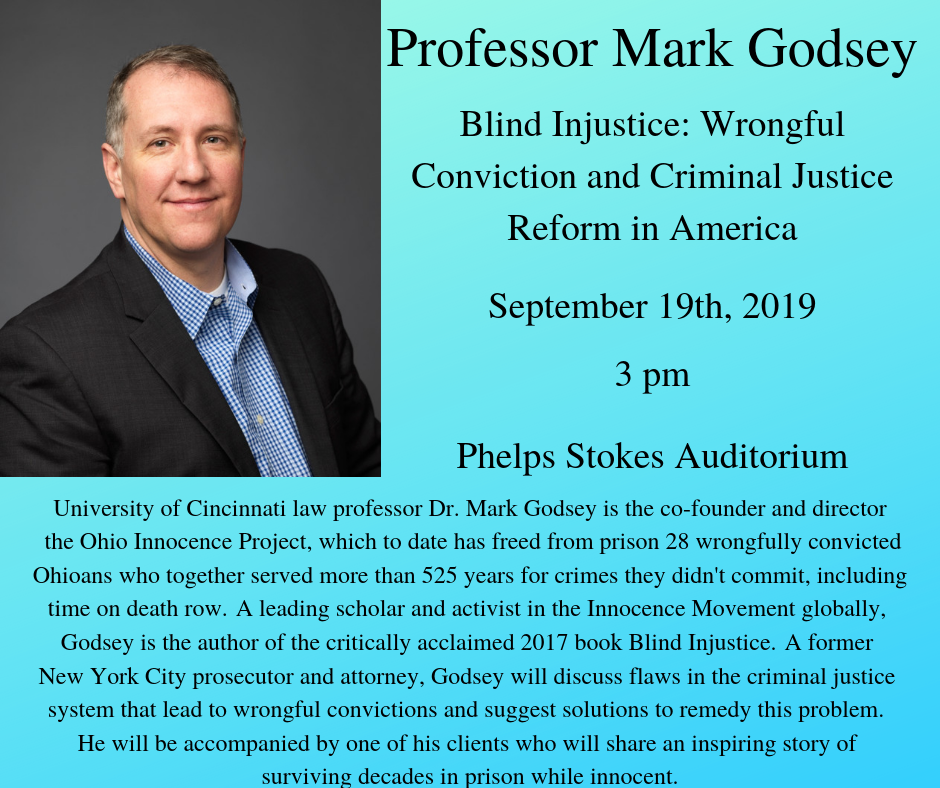 We have his book and similar books available for check out

in front of the Circulation Desk! 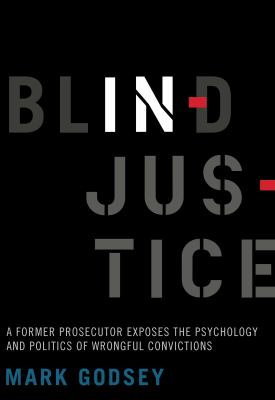 Blind Injustice by Mark Godsey
Call Number: 345.7301 G589b 2017
In this unprecedented view from the trenches, prosecutor turned champion for the innocent Mark Godsey takes us inside the frailties of the human mind as they unfold in real-world wrongful convictions. Drawing upon stories from his own career, Godsey shares how innate psychological flaws in judges, police, lawyers, and juries coupled with a "tough on crime" environment can cause investigations to go awry, leading to the convictions of innocent people. In Blind Injustice, Godsey explores distinct psychological human weaknesses inherent in the criminal justice system--confirmation bias, memory malleability, cognitive dissonance, bureaucratic denial, dehumanization, and others--and illustrates each with stories from his time as a hard-nosed prosecutor and then as an attorney for the Ohio Innocence Project.  He also lays bare the criminal justice system's internal political pressures. How does the fact that judges, sheriffs, and prosecutors are elected officials influence how they view cases? How can defense attorneys support clients when many are overworked and underpaid? And how do juries overcome bias leading them to believe that police and expert witnesses know more than they do about what evidence means?  This book sheds a harsh light on the unintentional yet routine injustices committed by those charged with upholding justice. Yet in the end, Godsey recommends structural, procedural, and attitudinal changes aimed at restoring justice to the criminal justice system. 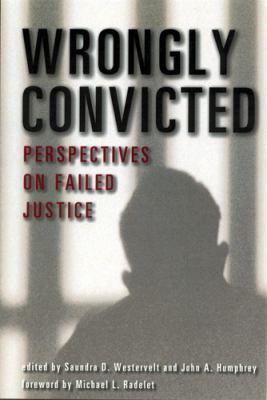 Wrongly Convicted by Saundra D. Westervelt (Editor); John A. Humphrey (Editor)
Call Number: 364.973 W957
The American criminal justice system contains numerous safeguards to prevent the conviction of innocent persons. The Bill of Rights provides nineteen separate rights for the alleged criminal offender, including the right to effective legal representation and the right to be judged without regard to race or creed. Despite these safeguards, wrongful convictions persist, and the issue has reverberated in the national debate over capital punishment. The essays in this volume are written from a cross-disciplinary perspective by some of the most eminent lawyers, criminologists, and social scientists in the field today. The articles are divided into four sections: the causes of wrongful convictions, the social characteristics of the wrongly convicted, case studies and personal histories, and suggestions for changes in the criminal justice system to prevent wrongful convictions. Contributors examine a broad range of issues, including the fallibility of eyewitness testimony, particularly in cross-racial identifications; the disadvantages faced by racial and ethnic minorities in the criminal justice system; and the impact of new technologies, especially DNA evidence, in freeing the innocent and bringing the guilty to justice. The book also asks such questions as: What legal characteristics do wrongful convictions share? What are the mechanisms that defendants and their attorneys use to overturn wrongful convictions? The book also provides case studies that offer specific examples of what can and does go wrong in the criminal justice system. 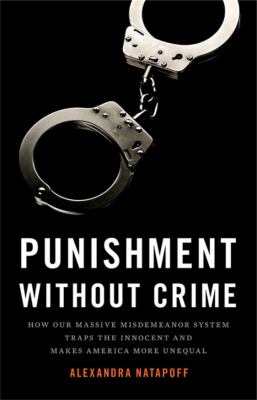 Punishment Without Crime by Alexandra Natapoff
Call Number: 364.609 N272p 2018
Punishment Without Crime provides a sweeping and revelatory new account of America's broken criminal justice system from the perspective of the paradigmatic American crime-the lowly misdemeanor. While felony trials grab headlines, the petty offense system is far more representative of criminal justice as most Americans actually encounter it. Petty offenses make up 80 percent of state and local criminal dockets; over 13 million misdemeanor cases are filed every year, four times the number of felony cases. Misdemeanors are one of the largest and most unappreciated causes of our criminal system's size and its harshness-and a crucial source of American inequality. Misdemeanor cases are by definition "minor," but their impact is not. Each year, the petty offense process sweeps millions of people from arrest to a guilty plea or conviction. In effect, police get to decide who will be convicted of minor crimes, simply by arresting them for offenses like driving on a suspended licenses, marijuana possession, disorderly conduct, and loitering. In thousands of low-level courts around the country, prosecutors do little vetting, most defendants lack lawyers, legal rules and evidence are often ignored, and judges process cases in minutes or even seconds. The consequences are serious and lasting: stigmatizing criminal records, burdensome fines, jail for those who can't afford to pay bail or fees, and collateral effects including loss of jobs, housing, and benefits. Punishment Without Crime offers an urgent new explanation for America's racial and economic inequalities, showing starkly how misdemeanor arrests and prosecutions brand vast numbers of disadvantaged Americans as criminals and punish them accordingly. For the first time, prize-winning legal scholar Alexandra Natapoff illuminates the full scale, scope, and workings of the misdemeanor process, drawing on never-before-compiled data as well as revealing narrative examples. The misdemeanor system, she reveals, targets and stigmatizes racial minorities as "criminals," exacerbates economic inequality by funding its own operation through fines and fees, and produces wrongful convictions on a massive scale. For too long, misdemeanors have been ignored as petty. Reckoning with the misdemeanor machine is crucial to understanding America's punitive and unfair criminal justice system and our widening economic and racial divides. 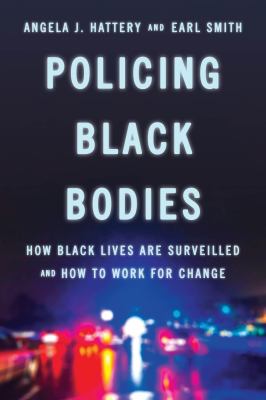 Policing Black Bodies by Smith Hattery; Angela J. Hattery; Earl Smith
Call Number: 364.349 H366p 2018
From Trayvon Martin to Freddie Gray, the stories of police violence against Black people are too often in the news. In Policing Black Bodies Angela J. Hattery and Earl Smith make a compelling case that the policing of Black bodies goes far beyond these individual stories of brutality. They connect the regulation of African American people in many settings, including the public education system and the criminal justice system, into a powerful narrative about the myriad ways Black bodies are policed. Policing Black Bodies goes beyond chronicling isolated incidents of injustice to look at the broader systems of inequality in our society--how they're structured, how they harm Black people, and how we can work for positive change. The book discusses the school-to-prison pipeline, mass incarceration and the prison boom, the unique ways Black women and trans people are treated, wrongful convictions and the challenges of exoneration, and more. Each chapter of the book opens with a true story, explains the history and current state of the issue, and looks toward how we can work for change. The book calls attention to the ways class, race, and gender contribute to injustice, as well as the perils of colorblind racism--that by pretending not to see race we actually strengthen, rather than dismantle, racist social structures. Policing Black Bodies is a powerful call to acknowledge injustice and work for change. 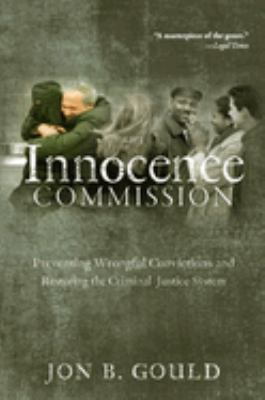 The Innocence Commission by Jon B. Gould
Call Number: 347.755 G697i 2008
Beyond Exonerating the Innocent: Author on WAMU Radio Convicted Yet Innocent: The Legal Times Review Choice Outstanding Academic Title for 2008 DNA testing and advances in forensic science have shaken the foundations of the U.S. criminal justice system. One of the most visible results is the exoneration of inmates who were wrongly convicted and incarcerated, many of them sentenced to death for crimes they did not commit. This has caused a quandary for many states: how can claims of innocence be properly investigated and how can innocent inmates be reliably distinguished from the guilty? In answer, some states have created "innocence commissions" to establish policies and provide legal assistance to the improperly imprisoned. The Innocence Commission describes the creation and first years of the Innocence Commission for Virginia (ICVA), the second innocence commission in the nation and the first to conduct a systematic inquiry into all cases of wrongful conviction. Written by Jon B. Gould, the Chair of the ICVA, who is a professor of justice studies and an attorney, the author focuses on twelve wrongful conviction cases to show how and why wrongful convictions occur, what steps legal and state advocates took to investigate the convictions, how these prisoners were ultimately freed, and what lessons can be learned from their experiences. Gould recounts how a small band of attorneys and other advocates -- in Virginia and around the country -- have fought wrongful convictions in court, advanced the subject of wrongful convictions in the media, and sought to remedy the issue of wrongful convictions in the political arena. He makes a strong case for the need for Innocence Commissions in every state, showing that not only do Innocence Commissions help to identify weaknesses in the criminal justice system and offer workable improvements, but also protect society by helping to ensure that actual perpetrators are expeditiously identified, arrested, and brought to trial. Everyone has an interest in preventing wrongful convictions, from police officers and prosecutors, who seek the latest and best investigative techniques, to taxpayers, who want an efficient criminal justice system, to suspects who are erroneously pursued and sometimes convicted. Free of legal jargon and written for a general audience, The Innocence Commission is instructive, informative, and highly compelling reading.
Add a Comment