Despite complex origins, the status of jazz as a distinctively African-American music is beyond question. Nonetheless, in its development from folk and popular sources in turn-of-the-twentieth-century America, jazz has transcended boundaries of ethnicity and genre. Played in every country of the globe, it is perhaps twentieth-century America's most influential cultural creation, and its worldwide impact, on both popular and art music, has been enormous. Jazz has proved to be immensely protean and has existed in a number of diverse though related styles, from New Orleans–and Chicago-style Dixieland jazz, big band or swing, bebop, funky cool jazz, hard bop, modal jazz, free jazz, and jazz rock. One reason for the variety in jazz is thatPage 1160  |  Top of Article it is basically a way of performing music rather than a particular repertory. It originated in blends of the folk music, popular music, and light classical music being created just prior to 1900, and now embraces a variety of popular musical styles from Latin America, the Caribbean, Asia, and Africa, as well as diverse modern, classical, and avantgarde performance traditions.

Jazz also has an inescapable political thrust. It originated during a time of enormous oppression and violence in the South against African Americans. The early African-American practitioners of jazz found racial discrimination in virtually every aspect of their lives, from segregated dance halls, cafés, and saloons to exploitative record companies. Like blackface minstrelsy, early jazz was popular with whites, in part because it reinforced "darkie" stereotypes of African Americans as happy-go-lucky and irrepressibly rhythmic. Nonetheless, many black jazz musicians used jazz as a vehicle for cultural, artistic, and economic advancement, and were able to shape their own destinies in an often hostile environment. African-American jazz was, from its earliest days, often performed for or by whites, and it was assimilated into the overall fabric of popular music, to the uneasiness of some on both sides of the racial divide. It has continued to mirror and exemplify the complexities and ironies of the changing status of African Americans within the broader culture and polity of the United States. 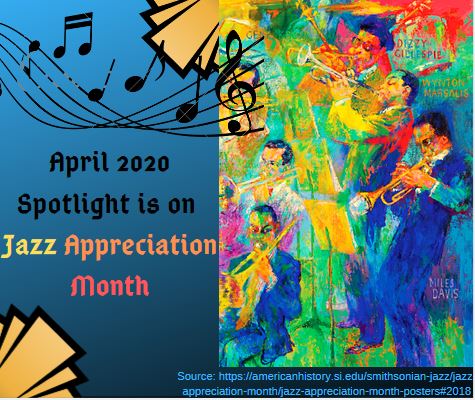 Check out the titles below for more info on Jazz: 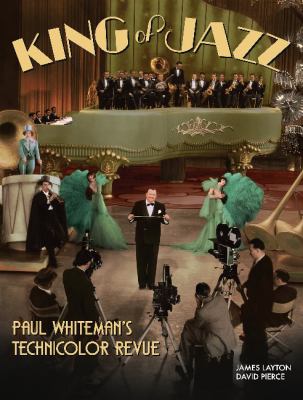 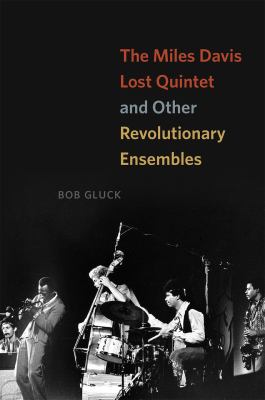 The Miles Davis Lost Quintet and Other Revolutionary Ensembles by Bob Gluck
ISBN: 9780226180762
Miles Davis's Bitches Brew is one of the most iconic albums in American music, the preeminent landmark and fertile seedbed of jazz-fusion. Fans have been fortunate in the past few years to gain access to Davis's live recordings from this time, when he was working with an ensemble that has come to be known as the Lost Quintet. In this book, jazz historian and musician Bob Gluck explores the performances of this revolutionary group--Davis's first electric band--to illuminate the thinking of one of our rarest geniuses and, by extension, the extraordinary transition in American music that he and his fellow players ushered in.               Gluck listens deeply to the uneasy tension between this group's driving rhythmic groove and the sonic and structural openness, surprise, and experimentation they were always pushing toward. There he hears--and outlines--a fascinating web of musical interconnection that brings Davis's funk-inflected sensibilities into conversation with the avant-garde worlds that players like Ornette Coleman and John Coltrane were developing. Going on to analyze the little-known experimental groups Circle and the Revolutionary Ensemble, Gluck traces deep resonances across a commercial gap between the celebrity Miles Davis and his less famous but profoundly innovative peers. The result is a deeply attuned look at a pivotal moment when once-disparate worlds of American music came together in explosively creative combinations. 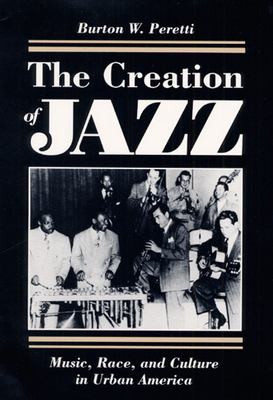 The Creation of Jazz by Burton W. Peretti
ISBN: 0252017080
As musicians, listeners, and scholars have sensed for many years, the story of jazz is more than a history of the music. Burton Peretti presents a fascinating account of how the racial and cultural dynamics of American cities created the music, life, and business that was jazz. From its origins in the jook joints of sharecroppers and the streets and dance halls of 1890s New Orleans, through its later metamorphoses in the cities of the North, Peretti charts the life of jazz culture to the eve of bebop and World War II. In the course of those fifty years, jazz was the story of players who made the transition from childhood spasm bands to Carnegie Hall and worldwide touring and fame. It became the music of the Twenties, a decade of Prohibition, of adolescent discontent, of Harlem pride, and of Americans hoping to preserve cultural traditions in an urban, commercial age. And jazz was where black and white musicians performed together, as uneasy partners, in the big bands of Artie Shaw and Benny Goodman. "Blacks,fought back by using jazz", states Peretti, "with its unique cultural and intellectual properties, to prove, assess, and evade the "dynamic of minstrelsy". Drawing on newspaper reports of the times and on the firsthand testimony of more than seventy prominent musicians and singers (among them Benny Carter, Bud Freeman, Kid Ory, and Mary Lou Williams), The Creation of Jazz is the first comprehensive analysis of the role of early jazz in American social history. 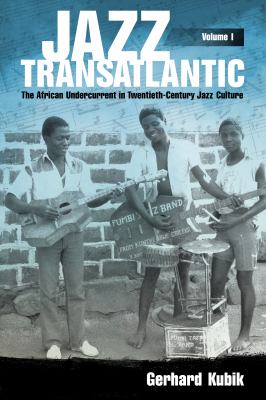 Jazz Transatlantic, Volume I by Gerhard Kubik
ISBN: 9781628462302
In Jazz Transatlantic, Volume I, renowned scholar Gerhard Kubik takes the reader across the Atlantic from Africa to the Americas and then back in pursuit of the music we call jazz. This first volume explores the term itself and how jazz has been defined and redefined. It also celebrates the phenomena of jazz performance and uncovers hidden gems of jazz history. The volume offers insights gathered during Kubik's extensive field work and based on in-depth interviews with jazz musicians around the Atlantic world. Languages, world views, beliefs, experiences, attitudes, and commodities all play a role. Kubik reveals what is most important--the expertise of individual musical innovators on both sides of the Atlantic, and hidden relationships in their thoughts. Besides the common African origins of much vocabulary and structure, all the expressions of jazz in Africa share transatlantic family relationships. Within that framework, musicians are creating and re-creating jazz in never-ending contacts and exchanges. The first of two volumes, Jazz Transatlantic, Volume I examines this transatlantic history, sociolinguistics, musicology, and the biographical study of personalities in jazz during the twentieth century. This volume traces the African and African American influences on the creation of the jazz sound and traces specific African traditions as they transform into American jazz. Kubik seeks to describe the constant mixing of sources and traditions, so he includes influences of European music in both volumes. These works will become essential and indelible parts of jazz history. 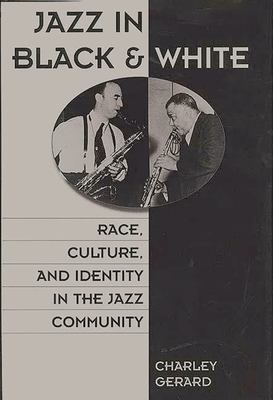 Jazz in Black and White by Charley Gerard
ISBN: 0275961982
Is jazz a universal idiom or is it an African-American art form? Although whites have been playing jazz almost since it first developed, the history of jazz has been forged by a series of African-American artists whose styles caught the interest of their musical generation--masters such as Louis Armstrong, Duke Ellington, John Coltrane, and Charlie Parker. Whether or not white musicians deserve their secondary status in jazz history, one thing is clear: developments in jazz have been a result of black people's search for a meaningful identity as Americans and members of the African diaspora. Blacks are not alone in being deeply affected by these shifts in African-American racial attitudes and cultural strategies. Historically in closer contact with blacks than nearly any other group of white Americans, white jazz musicians have also felt these shifts. More importantly, their careers and musical interests have been deeply affected by them. The author, an active participant in the jazz world as composer, performer, and author of several books on jazz and Latin music, hopes that this book will encourage jazz lovers to take a rhetoric-free look at the charged issue of race as has affected the world of jazz. A work about the formulation of identity in the face of racial difference, the book considers topics such as the promotion of black Southern culture and inner-city styles like rhythm and blues and rap as a means of achieving black racial solidarity. It discusses the body of music fostered by an identification to Africa, the conversion of black jazz musicians to Islam and other Eastern religions, and the impact of a jazz community united by heroin use. White jazz musicians who identify with black culture in an unsettling form by speaking black dialect and calling themselves African-American is examined, as is the assimilation of jazz into the wider American culture.
Add a Comment