Plans were provided by the architects in the early spring of 1921 for this three-unit apartment house which was designed for College workers. The symmetrical structure is a two-story clapboarded balloon framed unit whose  separate  apartments have individual porches with side trellises. Each apartment had three bedrooms and a bath on the second floor; a living room with fireplace dining room  and kitchen  on the main floor; and each had a full basement. The end apartments had  screened­ in side porches  and each unit  had  an  additional small enclosed back porch which opened onto a common  yard.  The  center  apartment  incorporated a modified  Palladian  window  on  the  second floor of the back facade and all windows were wooden sash. The Triple  House  is an  exact  copy  of the Estill Street apartments that were built three years earlier;  the  same plans were  used  and  they face each other over a common back yard. In 1921, the College built at least four apartment complexes for its workers, same year the U. S. Government voted a Federal Highway Act that proposed connecting all cities with  a population of 50,000 or greater. Berea's population was growing, but not until 1949, would the State highway system address the traffic that cut through the College Campus to pass in front of the Estill Street Apartments. 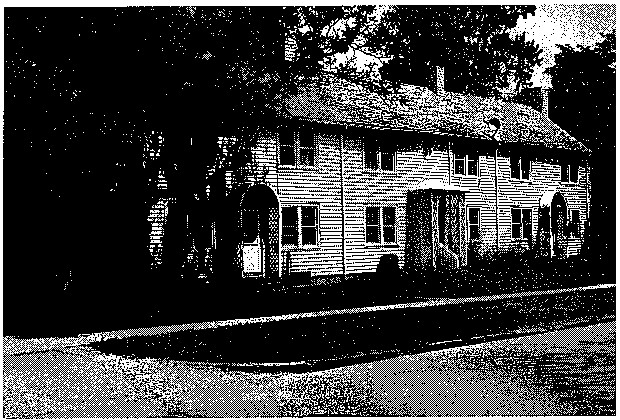 In 1954, the Board of Trustees voted to financially assist retired faculty in building a home. The College agreed to finance up to half the purchase price of a house or the cost of one built  on College property, and to allow the individual or couple to live in the house until their death, at which  time the house and property would  revert to the College. Retired faculty members agreed to maintain the house and property (taxes and insurance) at their own expense until it became College property (BTM, April 23, 1954). This agreement was accepted by the following retired faculty: Dr. and Mrs. John Armstrong, Miss  Helen Dingman, President and Mrs. William J. Hutchins, Mr. and .Mrs. Foster Adams and Dr. and Mrs. Julian  Capps,  1954; Dr. and Mrs.  Luther  Ambrose and Mr. and Mrs.  H. Clyde Jones,  1955;  Miss Marguerite  Sloan,  1956;  Miss  Janet  Gow  and Miss Emily Ann Smith, 1956; Dr. Charles  C. Graham, 1957; Dr. and Mrs. Waldemar Noll and Dr. and Mrs. H. B. Monier, 1958; Dr. Charlotte Ludlum, Dr. and Mrs. Gordon Ross, Miss Ruth Woods, and Miss Eleanor Brooks, 1959 (BTM, various years). Though granted the rights to use the funds by the Board, the last four faculty members never used the funds nor did they build  a  house.

During the spring of 1956, Van Winkle Grove was surveyed for building sites. This was College property on the northeast edge of the Ridge above the "Glade" (Van Winlde Grove was named for a large extended family who were active at the College, Union Church and the Christian Church). Lots were sold and six houses were financed by the  College in  1957  (BTM, April 20,1956; November 16, 1956).